Under The Skin: Review 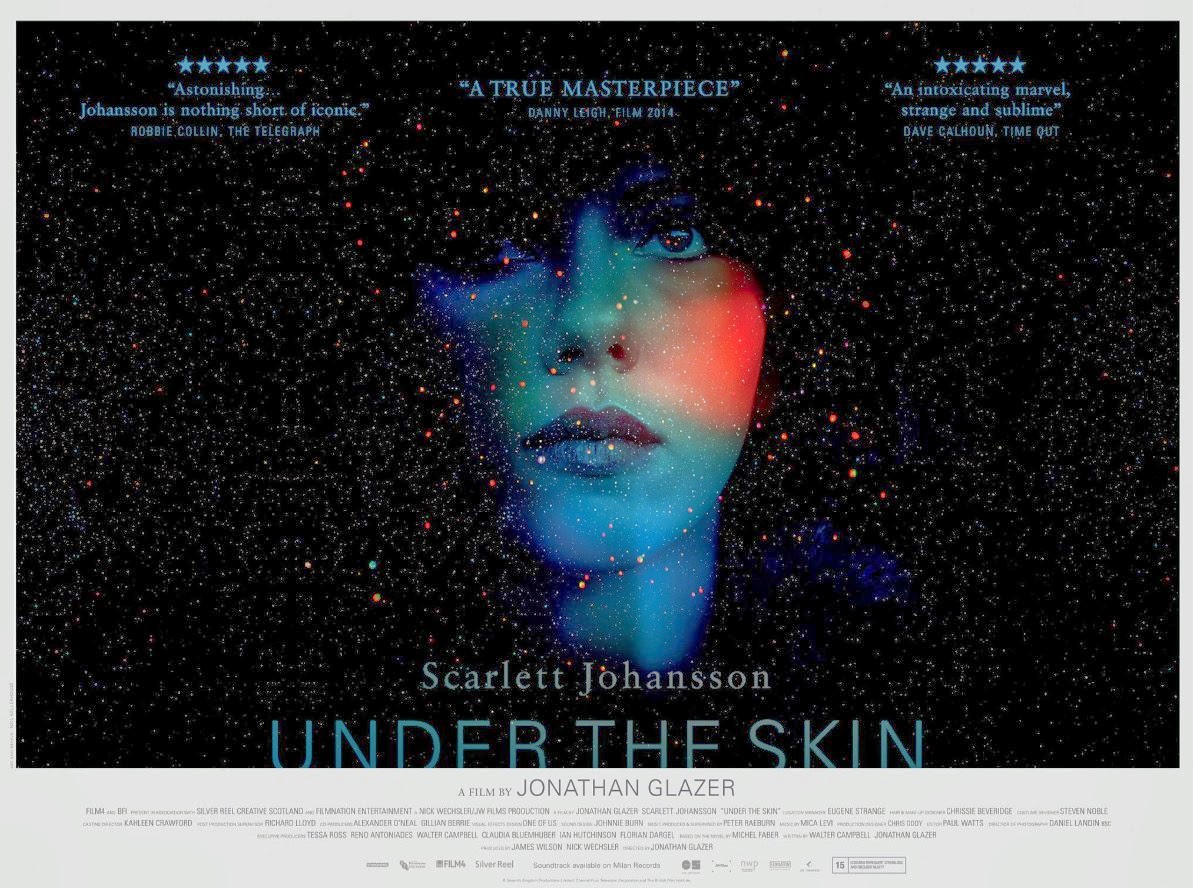 Under The Skin is a disturbing yet strangely touching film, based on a novel by Michel Faber.

Scarlett Johansson gives a remarkable performance as an alien being. She has arrived in our world, disguised herself as a human, and gone out to seduce and capture men. She brings them back to what appears to be a derelict house on the edge of Glasgow, where they suffer a horrifying fate. Why she does this is unclear, but her approach is a dark mirror of all the men out there who view women as trophies to be seized.

It seems she begins to be intrigued by humans, and contemplate them as something other than targets for capture. Although she looks human and speaks English, she has absolutely no understanding of our motivations or her own disguise as one of us. In the end, she proves unprepared for how dangerous humans can be.

Johansson perfectly conveys the perspective of this alien, a being utterly outside human society who observes it as a scientist might study a curious new species of insect. It is a nice touch for her to speak with an English accent instead of her native American -- it results in speech rhythms that are just a little bit wrong, trying a little bit too hard, and perfectly reflects her character. Her performance is understated, but every word and gesture counts.

UTS is packed with brilliant and disturbing visuals of alien activity and bleak, gorgeous Highland landscapes, anchored by the everyday reality of the streets of Glasgow. It is very slow-paced, but I personally enjoyed that, as it allows us to appreciate the alien's detachment from the world and the slow, gradual buildup to terrifying events.

This is a weird, unsettling and brilliant piece of cinema.
Posted by Iain Roberts at 05:15