On this day, we give thanks for all the good things in our lives. For us, that includes sharing our home with two magnificent, infuriating, and much loved cats. Tonight Belle and Dexter will enjoy their share of roast turkey.

Happy Thanksgiving to all those who celebrate it!

A Shirtgate challenge to Boris Johnson

I am beginning to think NASA had the right idea, when they expected Mission Control engineers to dress like this:

At least it would have spared us the idiocy known as Shirtgate.

Having a well-deserved cat nap after getting back from the vet. (Fortunately his injury is healing well.) 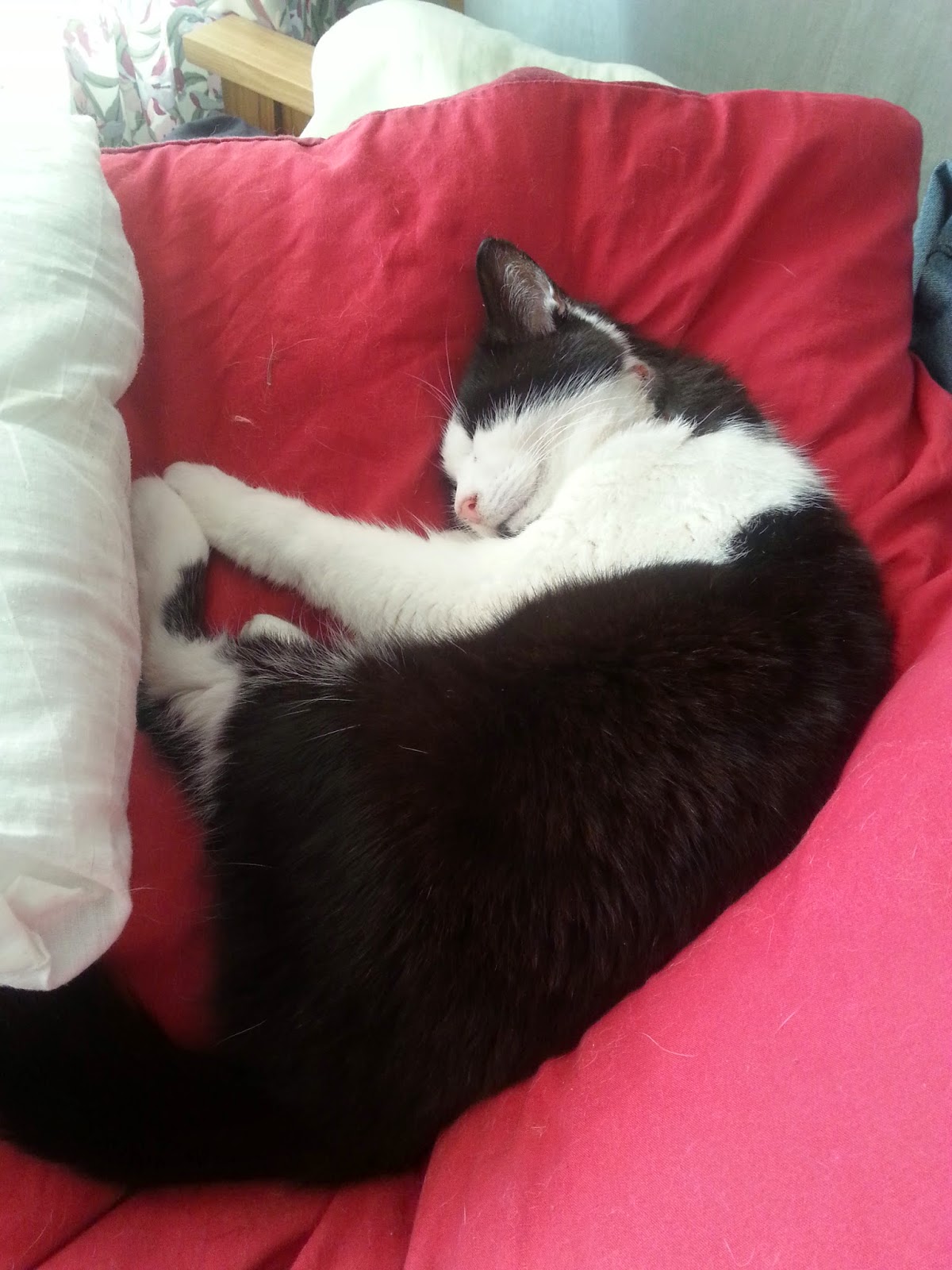 This week, the Rosetta mission landed a probe on a comet; but instead of a richly deserved celebration of their achievement, a lot of discussion centred on one man's shirt. This is not just a failing of one individual, but of the European Space Agency as a whole.

The man in question is Dr Matt Taylor, a senior scientist on the mission, and this is the shirt:

It's my chair now. If you wanted to keep it, you shouldn't have gone for that cup of tea. 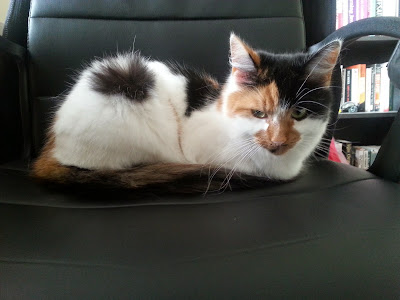 Edit: This is the 100th post to be published on my blog. Huzzah! 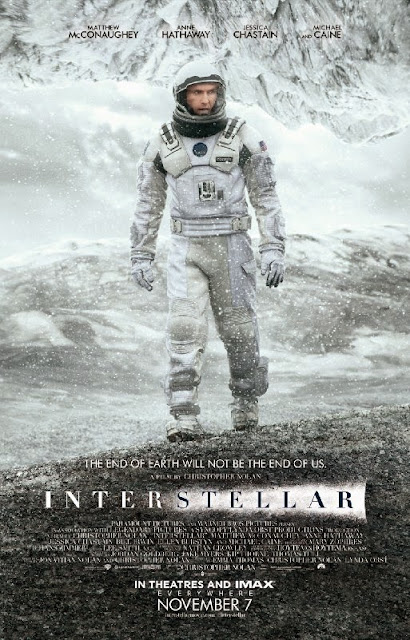 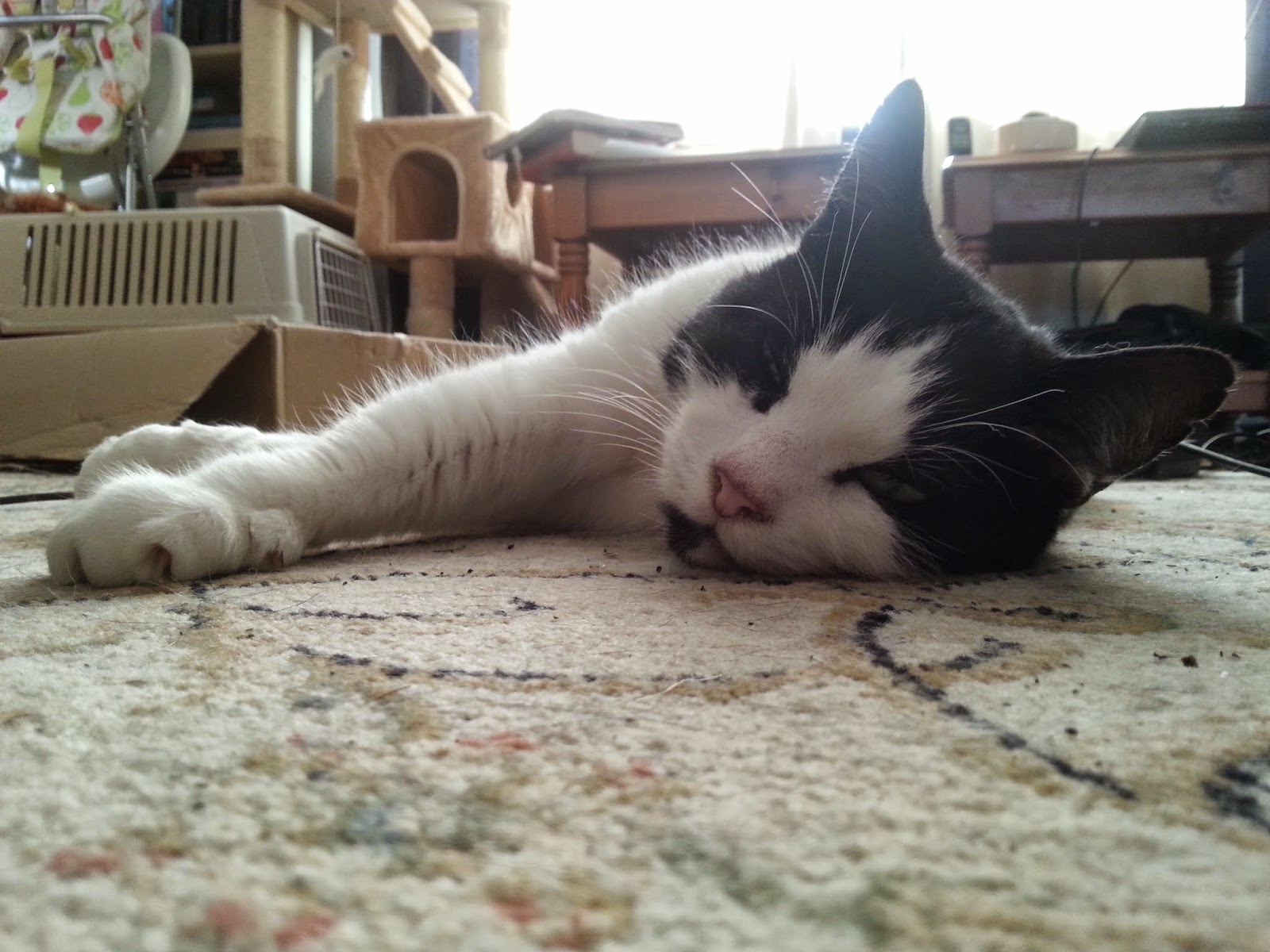 Eavesdropping on the Springfield Republican Party

I've received an account of secret Republican Party discussions in Springfield, which I think sheds some light on the impact of Tuesday's election results in the USA. I feel it's worth breaking my self-imposed blog silence for Nanowrimo to share it. 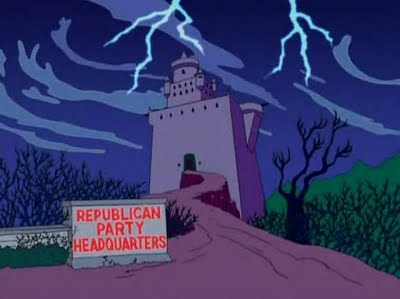 MR BURNS: Oh, pish-pash. That seat was last contested in 2008, when Obama was full of hope and change. Now he's so unpopular, my cruel Republican grandmama could have won it, and she's been dead for eighty years.

DRACULA: I resent that remark.

MR BURNS: Resent it all you want. There's a reason why vampires don't stand for election.

WOLFCASTLE: Gentlemen, please. This is no time to bicker amongst ourselves. I think we need to look at the bigger picture.

MR BURNS: The moving pictures actor is right. What should the Republican party do, now that it has control of the Senate?

KRUSTY: We could stop Obama from appointing judges and federal bureaucrats?

MR BURNS: We were doing that before. Think bigger, everyone.

DRACULA: We could work constructively with Obama, and pass laws for the benefit of ordinary people?

(Uproarious laughter around the table, including from Dracula)

MR BURNS: That was a good one. But let's be serious for a moment. What can we do?

MR BURNS: Stop shooting the ceiling, it's an antique. And no, we can't. There's no way we can get a big enough majority to overcome Obama's veto.

WOLFCASTLE: We control the Senate committees now. We can launch many investigations into Obama's dastardly wrongdoing.

KRUSTY: I haven't been paying attention. What wrongdoing is that?

WOLFCASTLE: It doesn't matter, everything he does is dastardly.

DRACULA: We can impeach him. He must have committed a high crime or misdemeanor somewhere.

MR BURNS: (Steeples fingers) Excellent. Let's get to it, gentlemen.

So, nothing much will change in Washington DC, except there will be even more partisan conflict and spurious attempts to find or manufacture a scandal for which Obama can be blamed. I can hardly wait. No, then again, maybe I can.

Oh yes, and content-free speculation on the 2016 Presidential race will now rise in volume. It's almost enough to make me wish Kang and Kodos would move in and take over.