Still life with cat and coaster. 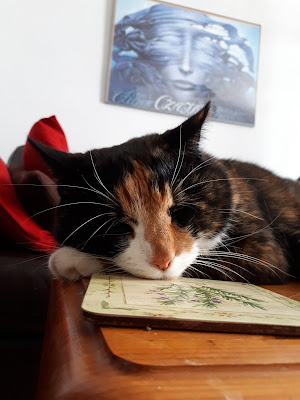 Malta has been selling citizenship since 2014. The price is at least EUR 880,000, or approximately one million US dollars -- a sum which demands to be spoken in your best Doctor Evil impersonation.

A few other countries have done the same, but Malta is interesting because it's a member of the EU and the Schengen border-free travel area.


The attraction for rich people from less stable countries is not hard to imagine. Travelling and doing business in Europe suddenly becomes much easier. If your home country undergoes a coup or civil war, or its government decides to pursue a vendetta against you, a safe haven is ready and willing to take you in.

I imagine the Maltese government would refuse citizenship to outright terrorists and war criminals, but you don't have to show any positive commitment to Malta. You are required to buy or rent a house there, but under no obligation to live in it.

My instinctive reaction is to find it rather sad and demeaning. It cheapens a country's citizenship to offer it up for sale, like a particularly exclusive sports car.

Taking a nap with Great Cthulhu (in cuddly form, his wing and paw can be seen by her hind legs). Between Joni and our toddler, the Great Old One suffers many indignities in our household. 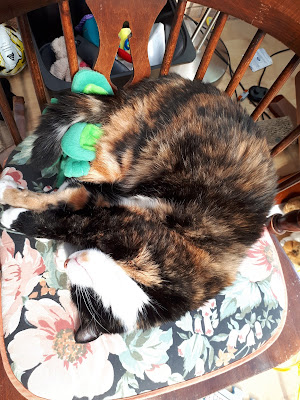 Concerning Trump and this week's events in Charlottesville: It's been clear for a long time that Trump is a racist and unfit to hold the office of President. Now, the last shreds of cover have been stripped away.

No decent human being can stand with Trump. Anyone who does so is standing with a man who defends Nazis. This isn't complicated; the right-wing marchers in Charlottesville were carrying swastika banners, shouting Nazi slogans, and making fascist salutes. They're Nazis.

The only possible excuse for supporting Trump at this point is extreme ignorance. In the case of elected officials, media commentators, and others whose profession is to know about politics, that excuse is not viable. The time has come for them to choose sides. We will see what develops from this.

I still think Trump is likely to hold onto power. He won't resign, not least because he might well face criminal prosecution resulting from Robert Mueller's investigation. As long as his base is loyal enough to threaten Republicans with primary defeat, he is unlikely to be impeached. One day he might go too far for even the dead-eyed sociopaths of the Republican Congress to stomach, but my guess is we are some distance away from that.

The violence in Charlottesville was touched off by plans to remove a statue of the Confederate general Robert E Lee. I've been thinking about the wider issue of statues and what they represent. 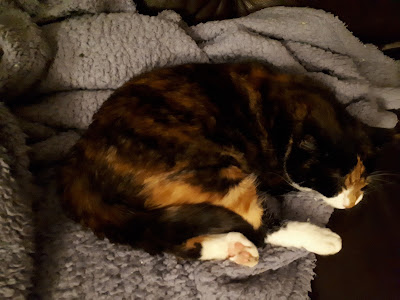 Should we be afraid of artificial intelligence?

I've got a guest post on Digital Link, inspired by reports of Facebook chatbots creating their own language. As holder of a PhD in artificial intelligence applied to natural language processing, I have some thoughts. Thanks to the good people at Digital Link for publishing them.

Spoiler: The machines are probably not going to rise up and destroy us.

Posted by Iain Roberts at 16:36 No comments: 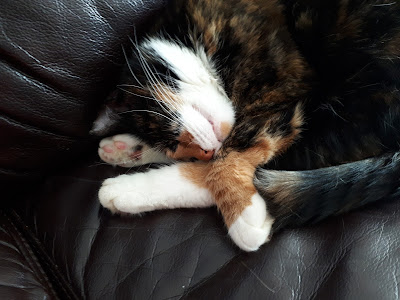 Rumour has it that the Mouth of Sauron turned down the job.


Ed at Gin and Tacos evaluted Scaramucci's appointment as a sign that Trump had given up on being President. I think it's worse than that: Trump hasn't given up, but he is so far gone that this is what trying looks like.