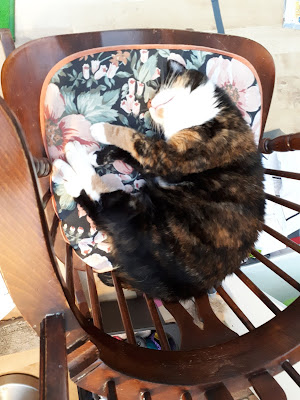 Six months in, the pattern of the Trump presidency seems clear, for however long we continue to be subjected to it.

Trump blusters, rants and tweets. He combines swaggering arrogance and pathetic insecurity, often in the same speech. He can't manage to address the Boy Scouts of America without making it all about him and the many things he hates. He appears not to understand what health insurance is, let alone have any ability to direct health policy. He is unwilling, and probably unable, to perform even the most basic duties of his office.

Our campus cat enjoying a snooze. 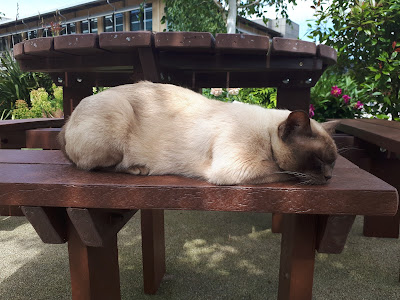 Tim Farron is an utter dingbat and I'm glad he's stepping down as Liberal Democrat leader.


Maybe this conclusion seems harsh. It's not based on his faith. It's not even based on his years of obfuscation over whether he considers homosexuality a sin, or his support for homeopathy, although those don't help. It's based on a truly idiotic and self-pitying article he published this week.

Watchful cat on the stairs.

(We have a lot fewer cat-on-stairs photos, ever since we installed the stair gates for toddler safety.) 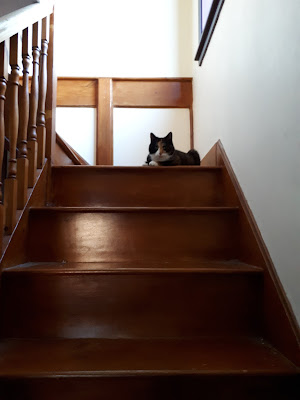 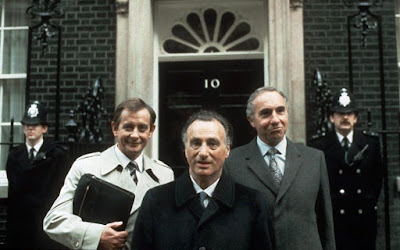 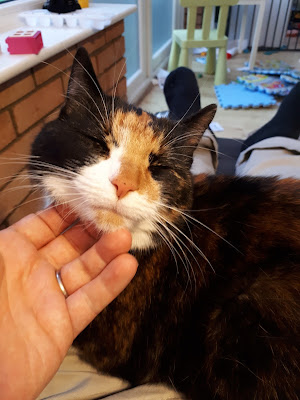 Worse Than We Imagined

Most fictional Presidents are better than Trump, even the really bad ones.

It's not hard to find noble and inspiring fictional Presidents. They may be wise and sagacious leaders (The West Wing); steely-eyed crisis managers (Deep Impact, Tom Clancy novels); or even kick-ass action heroes (Air Force One, White House Down, Independence Day). This is to be expected; the office of President attracts a certain amount of reverence, and stories need heroes.