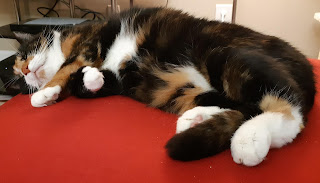 What They Want Is Everything: Part 1

The Trump administration has reached new depths of obscenity over the last couple of weeks. It's going to take me more than one post to address it.

First, consider the Supreme Court vacancy. Anthony Kennedy, appointed by Reagan but generally regarded as a moderate, has chosen to retire. The fact that his replacement will be appointed by a Republican President and Senate may or may not have influenced his thinking.

Enjoying a seat on her new cat tree. 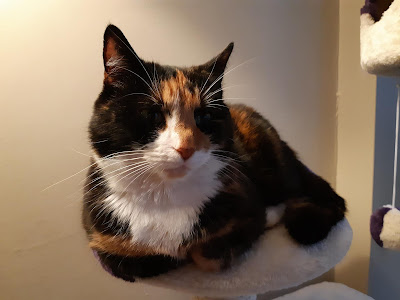 Posted by Iain Roberts at 21:24 No comments:

Moving away from weekly long posts for a while. Instead I'll aim to post every other week, unless something is particularly topical or inspiring. Cute Cat Friday will continue weekly, of course.
Posted by Iain Roberts at 21:23 No comments:

I don't think Joni misses going outside much. She's not a particularly large or assertive cat, so other cats might have been a bit of a worry. She never went out for long, or seemed to go very far (except a few times when, endearingly, she followed our son a long way to make sure he was all right).

That said, she was very, very interested in this pigeon on our balcony.

(Too bad, Joni. It's seventeen floors up and you're not going out there.) 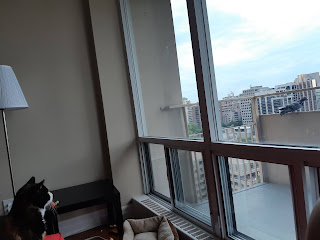 I've been thinking about entitled fans, in relation to George RR Martin and Star Wars.


Martin's fans have awaited his next book with growing impatience, ever since A Dance With Dragons was published seven years ago this week. With admirable bluntness, Neil Gaiman once pointed out George RR Martin is not your bitch.

(Gaiman was writing in 2009, two years before A Dance With Dragons was published. Plus ça change.)

Here is a less combative analogy, which may help make the point:

Who dares disturb me on my favourite windowsill? 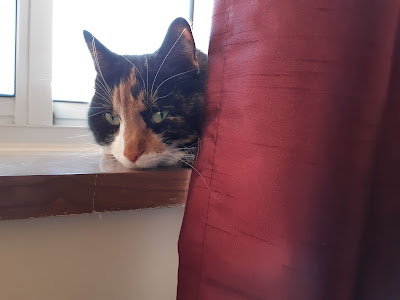 Yesterday I voted in my first ever Canadian election. I was under voting age when I left, and by the time I was an adult I'd been away far too long for an absentee ballot, but now I'm back.


(On a personal note: I'm back to blogging, too, after a longer-than-planned absence. It turns out moving to another continent with a three-year-old child and a cat is very tiring, but I'm enjoying my new home.)

After a longer-than-anticipated gap of just under three months, Cute Cat Friday (and this blog) are back! Longer posts will resume shortly.

We are settling in well to our new home in Toronto, Canada. Joni seems happy as an apartment-dwelling cat and has claimed her rightful place in my desk chair. 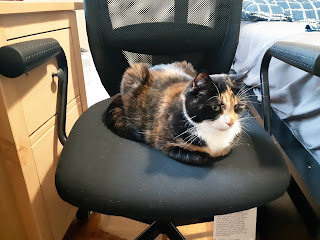