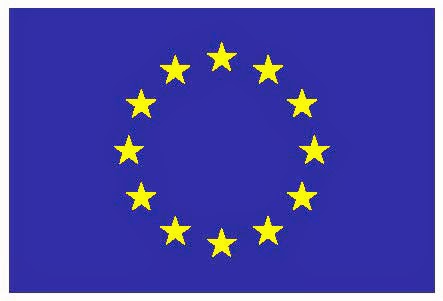 Just say no to Barroso


It has been generally assumed an independent Scotland would have little difficulty in joining the European Union.

This was cast into doubt by Jose Manuel Barroso, President of the European Commission, in an interview with the BBC on 14 February. Barroso said it would be "difficult, and perhaps impossible." He cited possible objections from Spain, which would wish to discourage its own separatist movement in Catalonia; and compared Scotland to Kosovo.

I find it difficult to take Barroso seriously here. He is the former prime minister of Portugal and currently the unelected President of the European Commission, in effect the head of the EU's civil service. He certainly does not speak for the Spanish government, which to the best of my knowledge is keeping quiet on the matter. In fact, it's very unclear who he is speaking for.


Freedom! (Or, the principle of declaring independence)


Many EU member states originated from the breakup of larger entities. By my count, with breakups in the last 25 years alone, we have 7 out of the 28 members: Croatia, Czech Republic, Estonia, Latvia, Lithuania, Slovakia, Slovenia. If we include the last 100 years, we can add Austria, Finland, Hungary, Ireland, Poland (gained independence from not one but three larger states), Malta (former British colony), and Cyprus (likewise), for a total of 14 out of 28.

If we go back far enough, Barroso's own Portugal fought for its independence from Spain, securing it in 1668. So did the Netherlands, whose independence was recognised by Spain in 1648.

I'll grant all of this happened before the countries in question joined the EU, but it's a little hard for the EU to claim it is against secession on principle.

The SNP likes to point out that as part of the UK, Scotland has already been a member of the EU for the past 40 years, and Scottish law (which has always been distinct from English law) has already been made fully compliant with EU laws and treaties. On these grounds, Scotland might get accelerated entry into the EU in as little as 18 months.

Even leaving this aside, imagine that Scotland votes Yes to independence this September. Its credentials for entry would be as follows:
This seems rather persuasive to me. Kosovo does not have most of the above qualities (and has not even applied for EU membership), so Barosso's comparison is specious.

Someone might still veto membership for Scotland. I hesitate to say anything is too petty or absurd for international politics. But I don't think anyone really has a vital national interest in keeping Scotland out, and as noted above there are very good reasons for letting it in.

What about England? (And Wales and Northern Ireland?)


If Scotland doesn't automatically "inherit" the UK's membership, we cannot be certain the Rest of the UK (rUK) will either. rUK might have to apply as a new member. This would have to be settled by the lawyers, and I am not one of them; but at the very least, rUK would have to negotiate updated representation in the European Parliament, contributions to the EU budget, and so on.

Prime Minister David Cameron has promised an "in or out" referendum on British EU membership in the next Conservative election manifesto. Before then, he says he would negotiate improved terms of membership for the UK. The exact nature of this improvement is vague and probably Cameron does not have much idea himself; the promise of a referendum is largely a gesture to appease the anti-EU elements in his own party.

The next UK general election is due in May 2015. If Scotland did vote for independence, the subsequent election campaign would be interesting, to say the least. We would have the Conservatives' promised referendum, negotiation of a place in the EU for rUK, and Scottish MPs who would be unable to participate in the new government.  If Cameron won a Conservative majority and carried out his referendum, it is quite possible that rUK would vote to leave the EU.

If that happens, then what? The EU is more popular in Wales and NI than it is in England. Would we see Wales seeking independence? Northern Ireland taking the heretical step of union with the Republic of Ireland, in order to remain in the EU? Unlikely, but once the UK's archaic structures begin to fall apart there could be all sorts of unforeseen consequences.

Interesting times indeed.  As a resident of England I would strongly prefer to stay in the EU, but I might find myself outvoted.
Posted by Iain Roberts at 18:36