My recent post Nut Meets Sledgehammer looked at the case of Ross Loraine, a resident of Sunderland who was cautioned by police for an offensive tweet about a tragic accident in Glasgow. A subsequent article in the New York Times shows that in some ways, Loraine got off lightly.

Doing her part to express support for the Oilers, who still need all the help they can get. 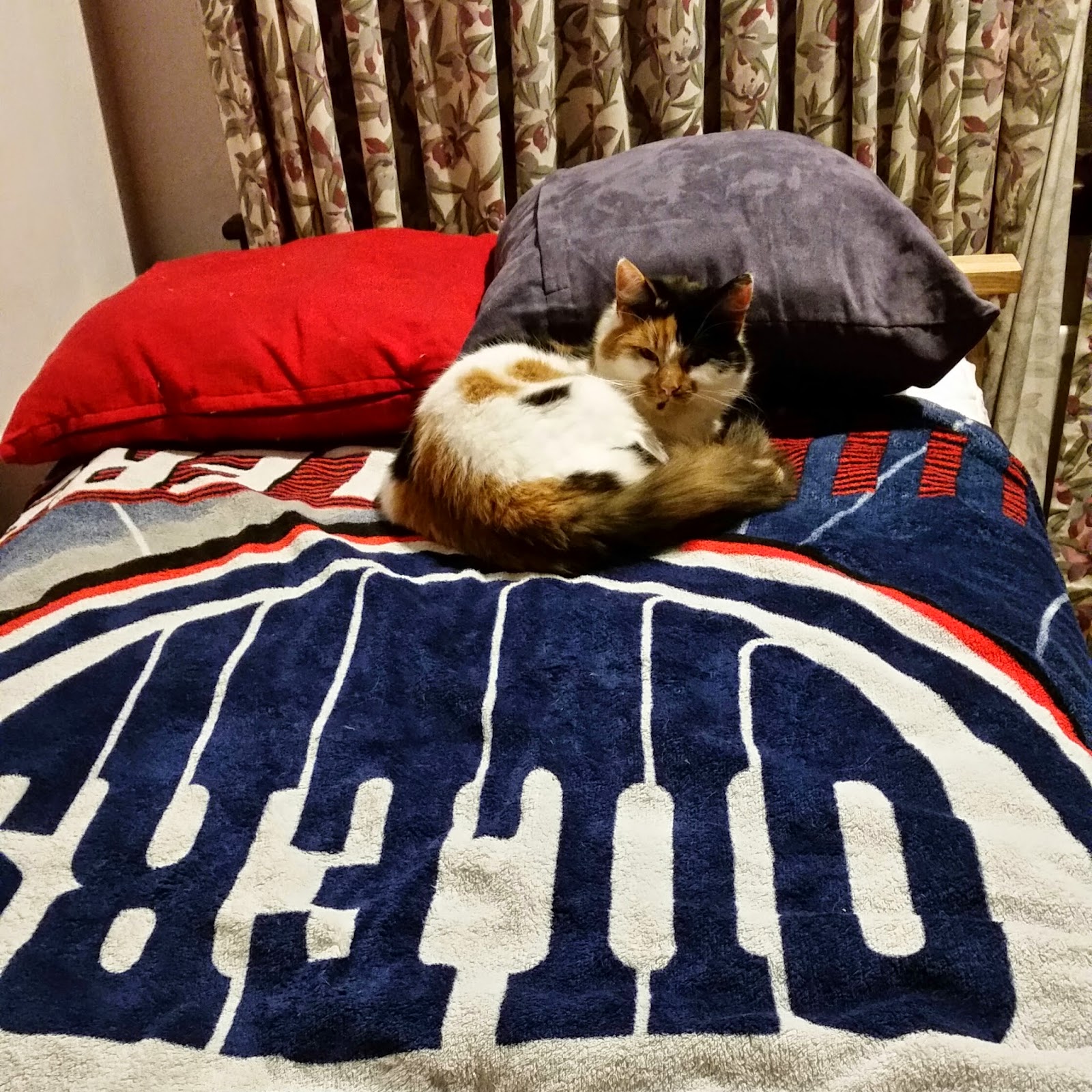 The Scottish Labour Party is in deep trouble. Many of the reasons are obvious, but I will explore a less obvious one.

The facts are well known: Since October 2014, the SNP has held roughly a 20 point lead over Labour in voting intentions for Westminster in Scotland. This basically reverses the situation in the 2010 general election, and would hand about 30 of Labour's Scottish seats to the SNP. It is usual to credit the energy, optimism, and unity of the SNP, galvanized by its efforts in last year's referendum campaign; contrasted with the internal conflicts of Scottish Labour, the uninspiring leadership of Ed Miliband, and Labour's dismal efforts to chase swing voters in middle England to the exclusion of all else. All these things are true, but I think there is another underlying factor.

FLB is a lovely cat really, his name is explained here. Valentine's Day is this Saturday. Apropos of this, I recently ran across an article by the science writer Hannah Fry; she discusses the mathematician Peter Backus, who estimated his chances of finding a girlfriend at 1 in 285,000.

Email ThisBlogThis!Share to TwitterShare to FacebookShare to Pinterest
Labels: science Last month, a 19-year-old resident of Sunderland was cautioned by the police for making an offensive remark on Twitter. How can this possibly be an intelligent use of government power?

So a bin lorry has crashed into 100 people in Glasgow eh, probably the most trash its ever picked up in one day that.


This was a cruel, stupid, juvenile statement. Twitter being what it is, I'm sure Loraine received a deluge of replies telling him as much.

However, it doesn't rise (or sink) to the level of hate speech or incitement to violence. His tweet will not motivate anyone to commit acts of violence against Glaswegians.

The BBC thought the content of the tweet was too shocking to reveal to the delicate eyes of its readers. The Glasgow-based Herald newspaper was more robust, and reproduced the tweet in full. The latter is absolutely the right decision; it allows us to see how pathetic Loraine is, and mock him for it as we see fit.