I got up and went downstairs to get a USB stick. 28 seconds later, Joni had taken over my chair. She remained there until I distracted her, by opening a desk drawer so she had to see what was inside. 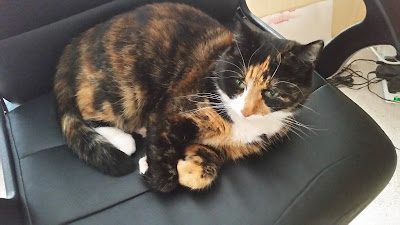 No blog entry this week, even though politics on both sides of the Atlantic is providing a wealth of material. I'm going to the Cambridge Folk Festival instead. Cute Cat Friday will be up as normal this afternoon.

Have a good weekend!

Nap time once again. The best thing about this spot is, it's out of reach of passing toddlers. 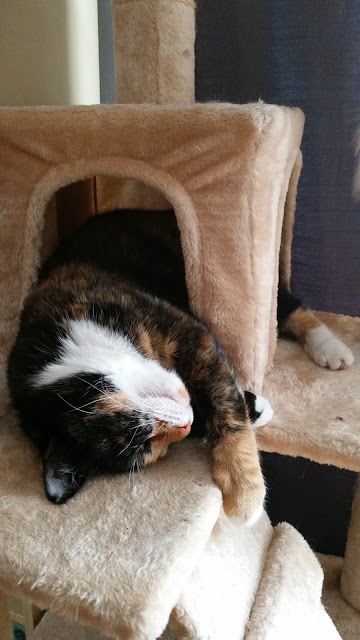 The Price of Schadenfreude

Thanks to Theresa May's "you broke it, you own it" approach to appointing ministers, Boris Johnson now represents Britain as our Foreign Secretary. Our new Prime Minister is displaying a hitherto unsuspected sense of humour.

As I said of Johnson a few weeks ago:

He doesn't want the responsibility of rebuilding British international policy from the ground up; where's the fun in that?


Johnson is about to find out. He has had an uncomfortable start to his time as Foreign Secretary. It turns out the rest of the world takes notice, when you insult and lie about them for fun and profit.

He now has a serious job, in which he must deal with serious people, who are not impressed by his naughty schoolboy act. For one of the least serious people in politics, it will not be a pleasant experience; but the status of the Foreign Office job is such that he couldn't turn it down. After his role in the Leave campaign, Johnson more than deserves his discomfort.

I can't help but enjoy the spectacle; in these times we must find amusement where we can.

I wonder how Johnson's tenure at the Foreign Office will play out. Here are some scenarios, in ascending order of plausibility:


Meanwhile, British foreign policy is the laughing stock of the world. This is unfortunate, since it faces greater challenges than at any time since the 1940s. It may be a sort of poetic justice for this multi-millionaire old Etonian; I only hope the rest of us do not pay too high a price.
Posted by Iain Roberts at 06:44 No comments:

You had other plans for the laptop? Too bad. 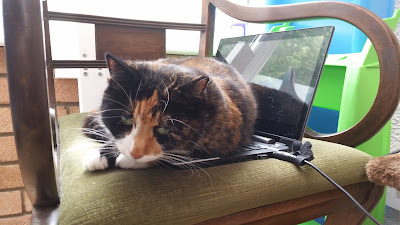 Once upon a time, an organisation grew tired of its weak and self-serving leadership. It rejected the conventional candidates, and elected an old man from the wilderness. He was humble in appearance, ascetic in lifestyle, and uncompromising in his principles.

I am referring of course to the Catholic Church in the year 1294. At the time, the cardinals had spent two years failing to elect a Pope. They finally settled on Peter of Morena, a seventy-nine year old hermit who was enthroned as Celestine V. He was sincere, incorruptible and no doubt holy; but unable to handle the administrative and diplomatic duties of the papacy, he abdicated after five months -- the only Pope to do so until Benedict XVI in 2013.


History does not repeat itself, but sometimes it rhymes. Corbyn was elected in a similar mood of frustration with business as usual. He looked different, sincere in his convictions, and untainted by personal greed. That set him apart from his colleagues, and it was enough to win him the leadership election. Where Corbyn differs from Celestine is that he has no intention of going quietly.

Advanced napping technique. Note the positioning of all four paws next to the head. 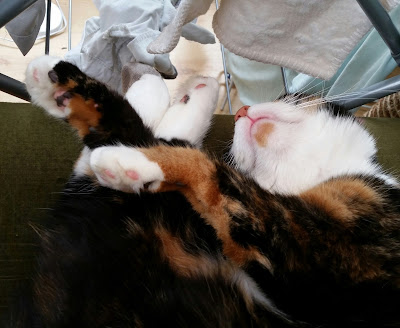 Two major news stories of the week are connected by a simple question: What is reality?

This may seem abstract, but it has a close bearing on both the Conservative leadership contest, and the Chilcot enquiry into the Iraq War.

I almost called this one in advance, but didn't follow my logic to its conclusion. Yesterday morning I wrote:

[Boris Johnson] doesn't want the responsibility of rebuilding British international policy from the ground up; where's the fun in that?


I assumed Johnson was too ambitious to give up on the prize. He would become Prime Minister, and leave the country in an even worse condition than he found it. As it turns out, he really doesn't want the responsibility. A couple of hours later, Johnson announced he would not stand for the Conservative leadership.

David Cameron and Boris Johnson are the two people most directly responsible for our present state of chaos. These former inmates of Eton, Oxford, and the Bullingdon Club behaved like the spoiled children they are, and treated British institutions like expendable playthings. They tried to use the referendum to manipulate the Conservative Party's internal factions, for their own personal gain. They wanted to show off by juggling flaming torches, and now they have set fire to the family home.

Their own country mansions are intact. They can retire in luxury, and watch as others try to put out the flames and rebuild.

Our next Prime Minister will be the winner of the Conservative leadership contest. The current favourite is Theresa May, but these contests have a way of surprising us. Few expected William Hague to win in 1997, or Iain Duncan Smith in 2001. Whoever succeeds will of course be a Tory, so is unlikely to have much in the way of compassion; but I can at least hope for a degree of competence and responsibility.

Cameron and Johnson can now scuttle away, to spend more time with their ill-deserved personal wealth. I expect they are too busy feeling sorry for themselves to spare a thought for the rest of us. Be gone, the pair of you, and know that our fury and contempt will follow you for the rest of your pathetic lives.

Happy Canada Day! Joni is celebrating with a long nap. 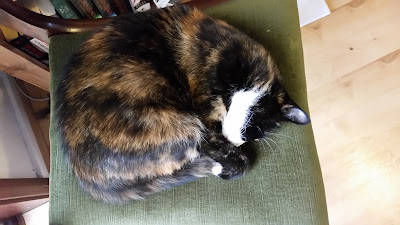