My non-TV view for most of yesterday. Pets can be very comforting when you're not feeling well. 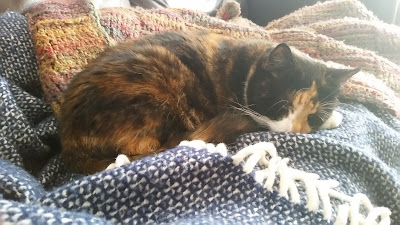 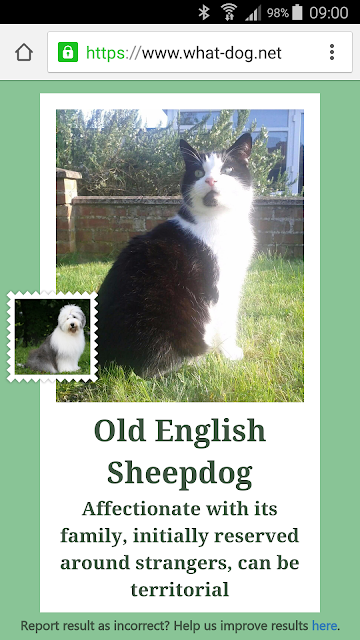 Posted by Iain Roberts at 05:19 No comments:

Catching the last rays of the sun in our dilapidated greenhouse. 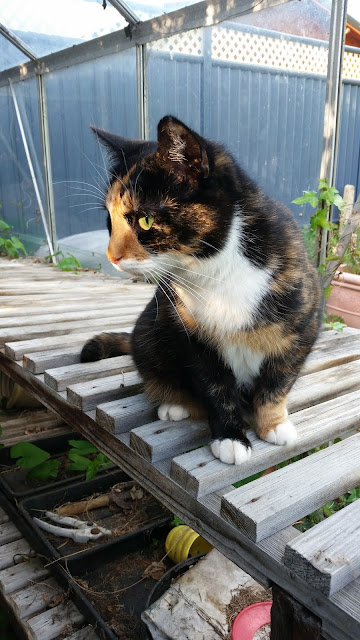 Joni is fully recovered from her health scare last week, and has got the all-clear from the vet, which is a great relief. She is still refusing dry food but will happily eat wet food, so that's good enough for us. It's possible that in the warmer weather, she has started catching mice and developed more of a taste for fresh meat. We'll try her on a mix of wet and dry food in a few days.
Posted by Iain Roberts at 07:00 No comments:

Failure Is Not An Option

In the Democratic Party primary, the nomination has been essentially wrapped up by Hillary Clinton. She now has a healthy 57% of the popular vote in the primaries, and 54% of pledged delegates. Technically speaking, she could still lose to Bernie Sanders. This would require the party's unelected superdelegates, who make up 20% of the total, giving their collective support to Sanders.


Some Sanders partisans still cling to hope of the nomination, as in this article by Seth Abramson. He starts by looking at the much closer contest in 2008:


Clinton conceded in 2008 for a number of reasons: her opponent, now-President Obama, agreed to retire her massive campaign debt; she believed (correctly) that Obama would name her either Vice President or Secretary of State, the latter the second-most powerful position in Washington; and finally and most importantly, Obama had kicked the hell out of her in the latter half of the election season, winning 16 of the final 25 states. [Emphasis mine]

Most importantly? Maybe, just maybe, the fact that Obama was narrowly ahead of Clinton in both popular vote and delegate count had something to do with it. Abramson is very, very careful to avoid mentioning this, since it undermines his argument for nominating Sanders. 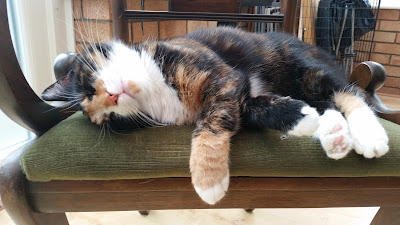 We had a scare yesterday, as Joni was off her food all day and then vomited copiously in the evening. We took her into the vet, who checked her out, gave her some medicine, and said it's probably not too bad but to keep a close eye on her. Normally she will eat practically anything, so most likely she ate something outside which disagreed with her.

Joni looks much better today and is keeping food down, so we're hoping she will be fine.

As I've observed before, you never know how long you will have with a pet. It's good to remember that and give your pets some extra love and attention.

Trump and the Republican Nightmare

In the fallout from Trump's presumptive nomination, establishment Republicans are trying to work out where they stand. Prior to Cruz and Kasich dropping out, Washington Post columnist George Will called for Trump to be stopped at a contested convention, earning this response from Drew Magary (very NSFW language):

I wish this democracy didn’t have so much DEMOCRACY in it, you know? Once in a while, it’s important to disregard the will of the voters and leave the selection process to people who know BEST.


Magary is not wrong on the facts. Donald Trump got a large plurality of votes in the primaries. By the time it's all done, he may well have a majority of both votes and pledged delegates.

Spring is here, and it's time to explore the garden. 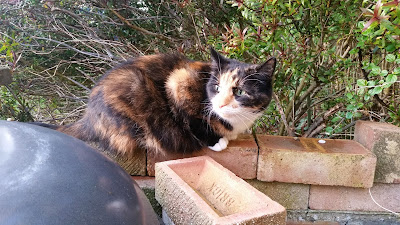 Donald Trump is now the presumptive Republican nominee for President.

It was more or less unthinkable to write those words at the beginning of the year, but here we are.

Stopping Trump is now the responsibility of Hillary Clinton, who will almost certainly be the Democratic nominee for President. She will have the last, best opportunity to take Trump down. Along with much of the rest of the world, I am hoping she does not fail.

The odds of a Democratic win are good. The geography of the electoral college favours them. Trump's odiousness is such, to voters in general and minorities in particular, that formerly solid Republican states like Texas and Arizona may be put into play. But it would be foolish for the Democrats to be complacent.