Getting reacquainted with our rocking chair. 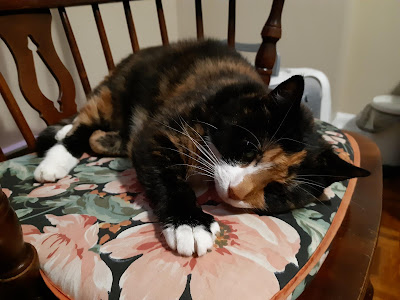 Posted by Iain Roberts at 21:29 No comments:

Fast asleep, and in some danger of sliding off the sofa. 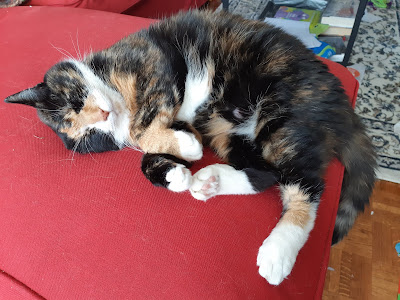 Posted by Iain Roberts at 22:27 No comments: 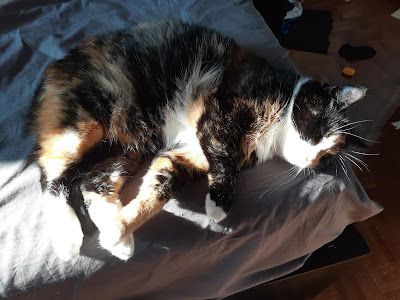 Posted by Iain Roberts at 16:41 No comments:

On Ready Player One: You, Sir, Are No Willy Wonka

I've got around to reading the 2011 novel Ready Player One by Ernest Cline. It made me angry. More than once I was tempted to throw the book against the wall, and I can't recall ever feeling that way before.

This might be unexpected, as it looks like something right up my alley. RP1 is an unabashed celebration of 1980s geekery. It is veritably stuffed with references to cult movies, roleplaying games, music, books, television, and most of all, computer games.

(For some reason, comics aren't mentioned. Maybe Cline isn't a fan. Needless to say, it's all boys' media; Jem And The Holograms doesn't rate a mention.)

I was born in 1978, loved many of these works as a kid, and still enjoy them today. I'm more than happy with modern productions depicting geeky 1980s kids (Stranger Things) or continuing series from that time (The Last Jedi). I was delighted to hear last week that Patrick Stewart is reprising his role from Star Trek: The Next Generation, in which he first appeared in 1987.

So, what's my problem?

Enjoying the view from our dining table -- which has finally been shipped across from the UK to our new home in Toronto.

In the background is a photo of the late and much missed Dexter. 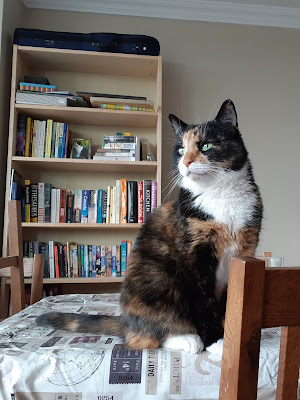 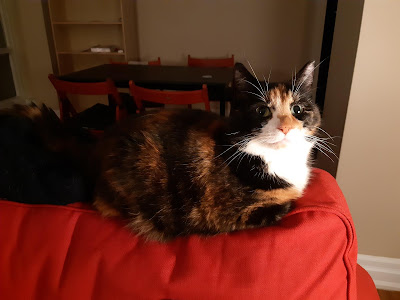 Posted by Iain Roberts at 23:23 No comments:

What They Want Is Everything: Part 3

What endgame will there be for Trump?

This is not a fairy tale. The knight does not slay the dragon. Everyone does not live happily ever after.