Snoozing on a shelf of spare bedding. 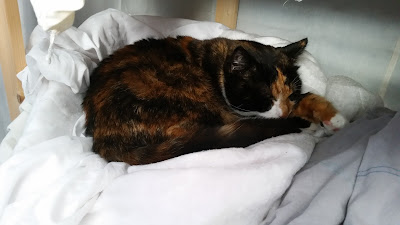 Posted by Iain Roberts at 16:53 No comments:


This week, Tony Blair called for supporters of the European Union to mobilise against Brexit:

[Blair] said those who believed in the EU "have to recognise we're the insurgents now ... We have to build the capability to mobilise and to organise. We have to prise apart the alliance which gave us Brexit."


He suggested that, given a general election or second referendum, the results of the referendum on 23 June could be reversed:

"If it becomes clear that this is either a deal that doesn't make it worth our while leaving, or alternatively a deal that's going to be so serious in its implications people may decide they don't want to go, there's got to be some way, either through Parliament, or an election, or possibly through another referendum, in which people express their view."


Blair does have a point. Brexit has not yet passed the point of no return, and it's increasingly clear that it is likely to do grievous harm to the UK economy. It would be prudent to put on the brakes, and reconsider whether we really have to do this.

Posing for the camera in our greenhouse. 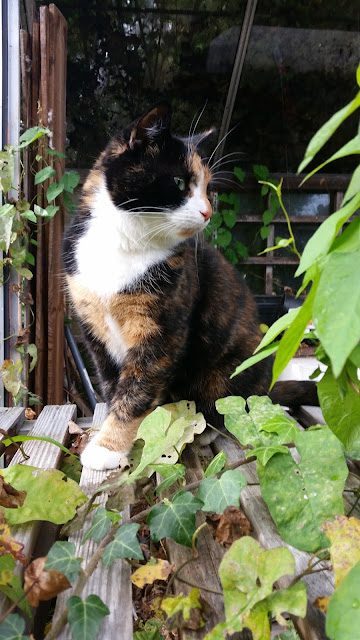 This week, Nicola Sturgeon published a draft bill to authorise a second Scottish independence referendum. That's a long way from committing to holding the referendum itself, but it's a big step along the way.

In the face of Brexit, Sturgeon and the SNP see an opportunity. It is more than fair for them to revisit independence under these circumstances. Scotland voted 62% to 38% in favour of staying in the EU. It didn't want the costly upheaval of Brexit.

This is not just a matter of money, but of identity. At the core of the Brexit argument lies the notion that our fellow Europeans are just too alien to work with constructively. I don't believe that, and neither does Scotland. It sees itself as a European nation, in a way that England clearly does not.

Sitting on our neighbour's roof on a chilly autumn morning. 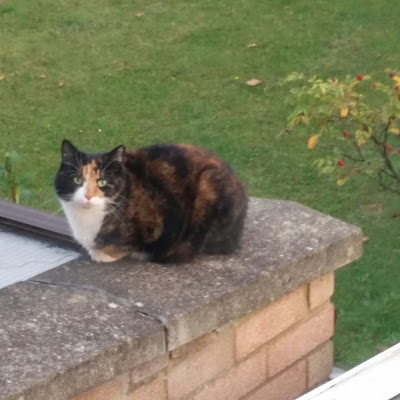 Posted by Iain Roberts at 18:13 No comments:

I hoped the USA would wake up to the awfulness of Trump, and give him a clear electoral defeat. It now looks like it's going to happen; Hillary Clinton's lead is 6.7% in the RCP polling average. Nobody should be complacent, but Trump is running out of time to turn things around. Obama won by 7.2% against McCain in 2008, and if Trump continues to implode, it's plausible Clinton could exceed that margin.

Maybe I should be happy. Instead, I am sickened that it's come to this.


I'm relieved Trump will not get anywhere near the Oval Office, and cautiously optimistic about Clinton's leadership. Those feelings are overshadowed by fear and loathing, of what Trump has done and continues to do.

It's getting colder outside, and a cat needs a warm place to curl up. 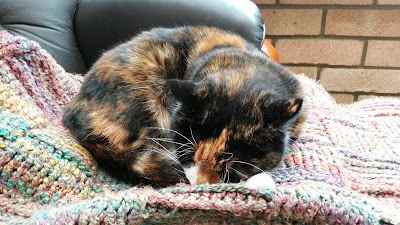