Happy Boxing Day! Dexter is showing the way to have a peaceful and relaxing time. 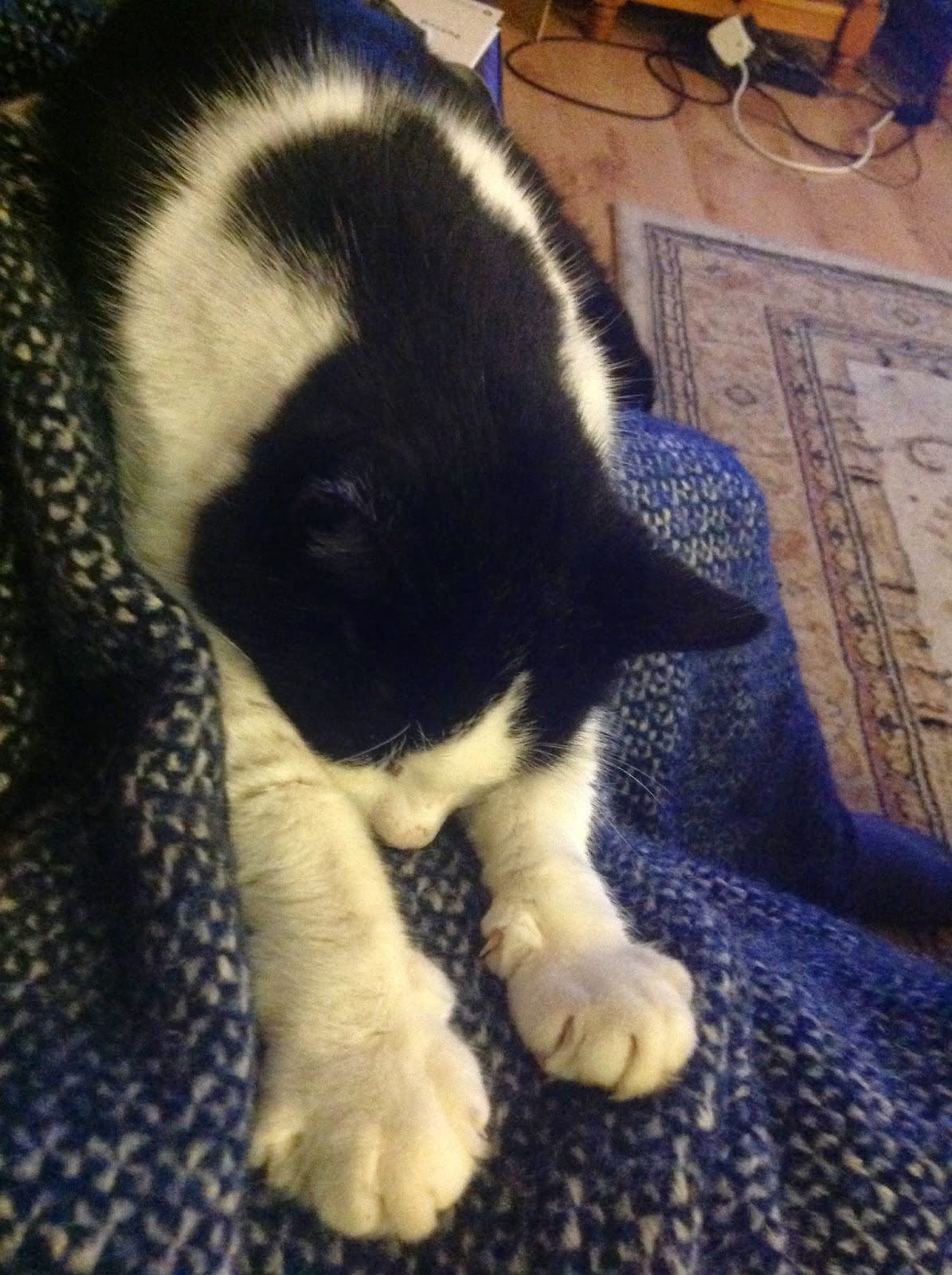 
This striking infographic on inequality in the UK has been widely circulated; but it takes an almost nonsensical approach to its subject data. The result is an interesting lesson in how to mislead with statistics.

Plotting to capture the Christmas robin. 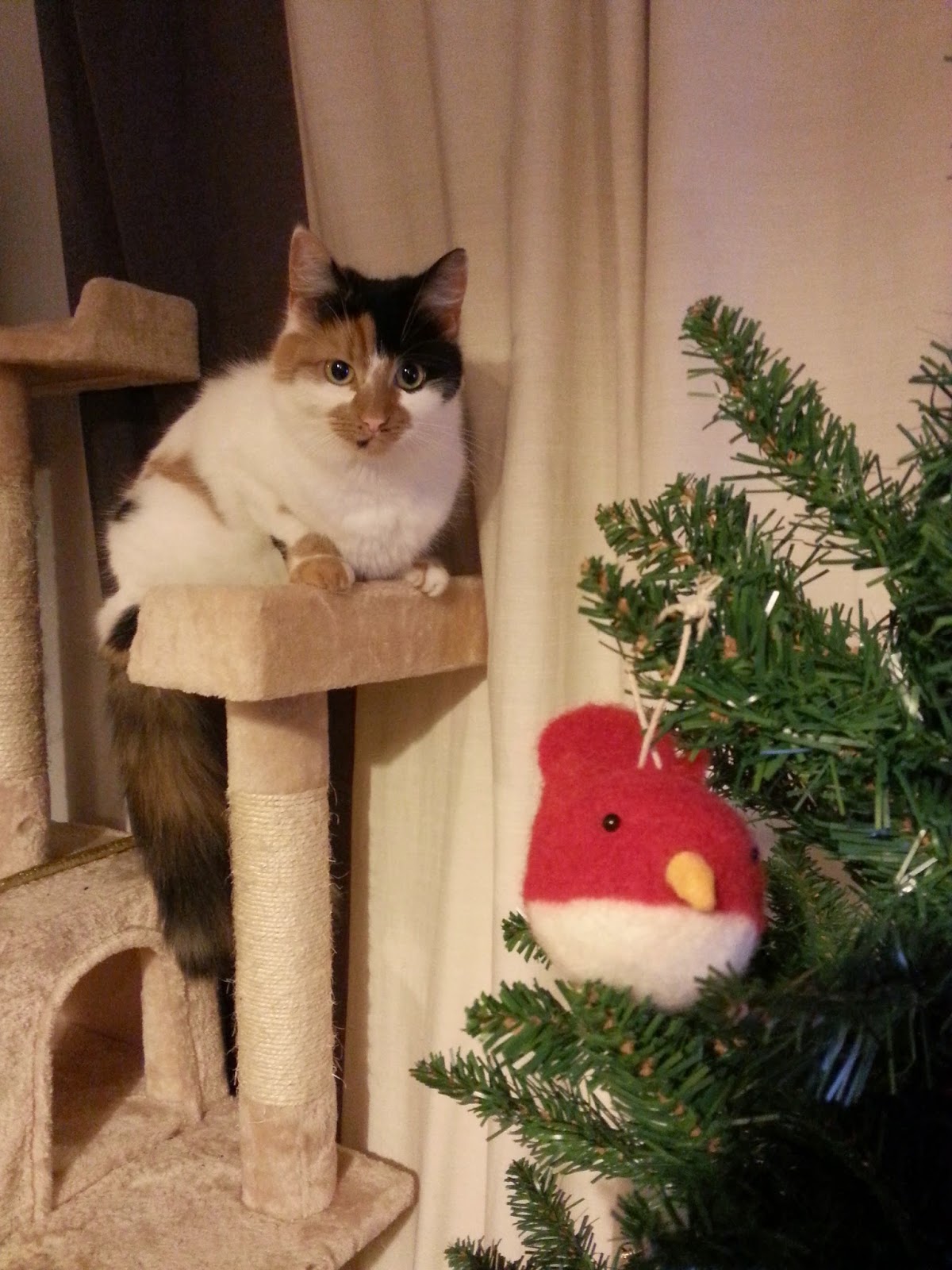 Waste of space: An open letter to Nigel Farage

As an immigrant to the UK, I am very angry at your remarks that "immigrants" caused you to be late for an event in Wales on 5 December.

Enjoying the sun on a winter morning. 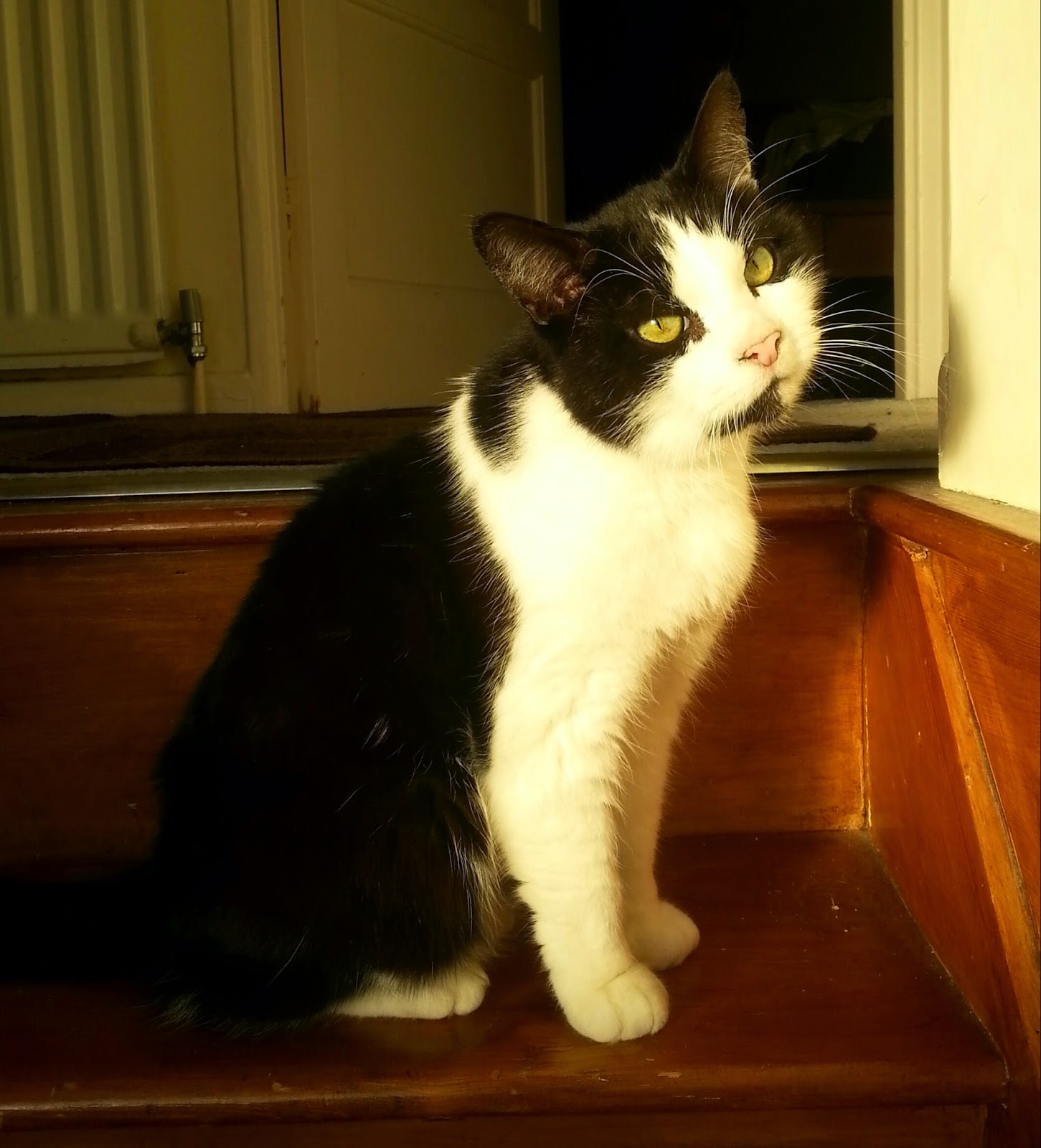 Pinups and teaching to code

I did an online programming course recently; in one assignment, the students could choose their own graphics, and someone thought it was a good idea to use "pinup" images of scantily clad women. This has obvious parallels to the incident known as Shirtgate.

It is another indication that Shirtgate wasn't an isolated incident, but part of a general background of sexism in science and computing. The course included peer assessment; one of the other students flagged the photos as offensive, notified the course organisers, and started a discussion in the student forums.

I'm intentionally being vague about the course and its website, so the participants can stay anonymous. I'd been meaning to blog about this for some time, but Shirtgate makes it more topical. (Example pinup graphic is below the fold.)

This cat is not out of the bag. 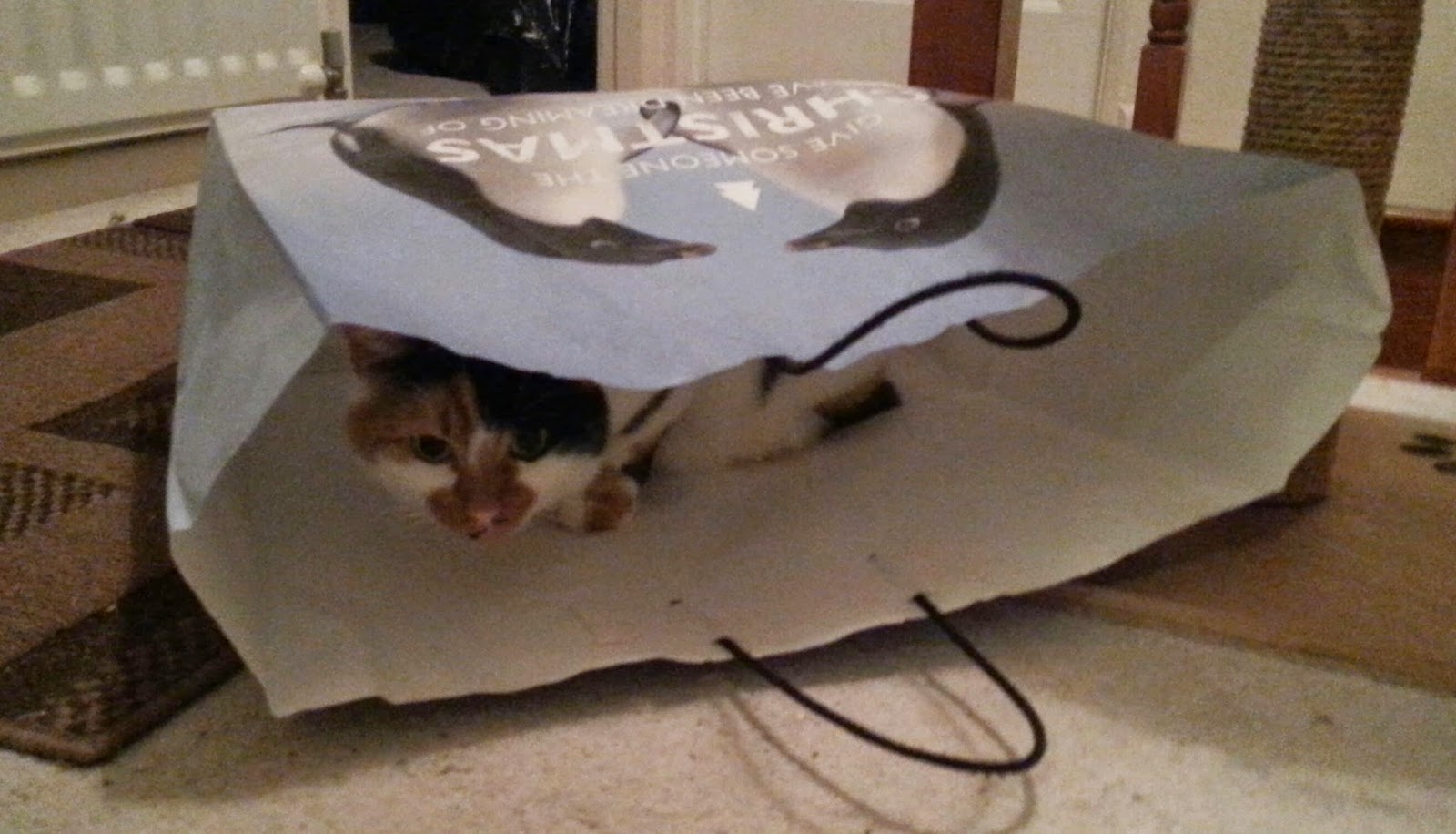 Lord Tebbit was a senior member of the government in Thatcher's era, and is known for his "cricket test" of whether immigrants are sufficiently loyal to Britain. Now, he has decided to update his test, and achieved the impressive feat of becoming even more bigoted and incoherent.

In the original test, any immigrant who supports a cricket team other than England is considered suspiciously foreign.

Having a sports-based test of loyalty is silly to begin with; but as I've written before, it is particularly absurd in a country with at least four different international sports teams. The Scots and Welsh support their national teams against England at football or rugby, and are largely indifferent to cricket. Do these native-born Brits pass Tebbit's test, or not?

Consider an Irish immigrant to the UK. Ireland north and south have a combined team in rugby, but separate ones for football. So is supporting Ireland at rugby permitted, while supporting them at football falls foul of the Tebbit test?

Immigration from Australia to the UK was about 26,000 in the year to June 2012. There are plenty of Australians in Britain who support their national cricket team; and New Zealanders who are fanatical supporters of the All Blacks. Does Tebbit have a problem with white, English-speaking Aussies or Kiwis settling in the UK? I rather doubt it.

For the record, I have dual Canadian and British citizenship, but I grew up in Canada. I do not care in the slightest how the England cricket team performs. If Canada faced England at rugby, I would support Canada, even though their chances of winning would be remote. Having said that, the UK is my home and has been for more than twenty years. I am personally insulted if anyone thinks my sporting allegiance makes me a less responsible and productive citizen.

Oh no, I don't mean you, Tebbit would probably say; and that's the point.