As of the 1st of March, I've been writing this blog for three years. I'm still enjoying it very much and intend to continue. In these times especially, it's good to have a space to sort out my thoughts on the direction of our society; rant about my frustrations with the same; and post cat pictures to try and maintain sanity.

My ten most viewed posts in the year are:
Inevitably, they're dominated by Brexit and Trump. Here's hoping the next twelve months are a little more positive. If not, there's still Cute Cat Friday to sustain us.

A couple of less-political posts I'd like to highlight:


Thanks to all my readers, and to the lovely Joni, star of Cute Cat Friday. 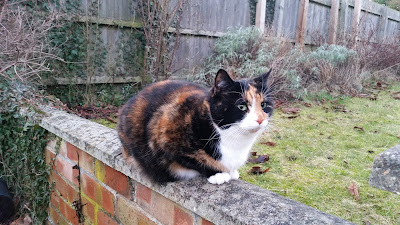