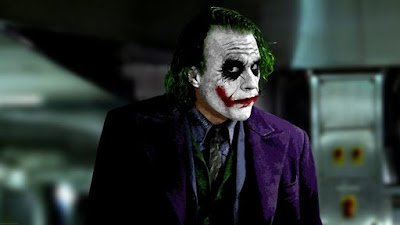 
The clowns of UKIP and jokers of the Conservative Party got their Brexit vote. They're the dog who finally caught the car. Now they have absolutely no idea what to do with it.

It didn't have to be this way.

Prior to the Scottish independence referendum, the Scottish National Party published a White Paper setting out what a Yes vote would mean in practice. A great many people (including myself) questioned the details, but at least it provided some sort of rational framework.

Scotland in 2014 was different. The SNP were in charge. In the event of a Yes vote, they would have carried out negotiations with London, and become the leaders of a newly independent Scotland.

The Leave campaigners are not in charge. This is for a very good reason: Nobody trusted them with the mission-critical functions of government.

However, it was predictable that a Leave vote would result in a change of leadership for the Conservatives, followed by a negotiation of terms with the European Union. Any international trade deal is fiendishly complex, but basically the UK has three options:

Boris Johnson has said he would like access to the single market, with free movement of British people into the EU, but not of EU citizens into the UK. European leaders have told him in the clearest possible terms this will not happen. I am inclined to believe them, so that brings us back to the three alternatives above.

In hindsight, a multi-option ballot paper might have been a good solution, but that ship sailed long ago. Failing that, a manifesto from the Leave movement would have been better than nothing.

Instead we have no road map, no declaration of principles, no pledge card, no plan. At its root, this is because nobody took the prospect of a Leave vote seriously. Everyone assumed that of course the Establishment would get its way, and of course the reluctant, grumbling electorate would be chivvied into a vote for Remain.

In this respect, I think Farage was no different from Cameron or Johnson. He leads an angry protest movement, not a party of government. He's used to losing: This is a man who stood for election to the House of Commons seven times, and never came close to victory. Ranting about Establishment stitch-ups is part of his act.

If UKIP gets its wish of total withdrawal from the European Union, they will have to find someone else to blame for the many things which make them angry. I suspect that prospect frightens and confuses them. Farage, the great enemy of the EU, really likes having a well-paid post in the European Parliament where he doesn't have to turn up and do anything. If Britain leaves, then to borrow a phrase, he will have to find a proper job.

The Leave campaigners expected, even wanted a vote to Remain, but they wanted it to be close. The narrower it was, the more leverage they would have to gain power or simply make mischief in the aftermath. Above all, this applied to Boris Johnson. He wanted to stand in the next Conservative leadership contest, and present himself as the doughty campaigner against the EU, undone by the cowardice of the electorate. He doesn't want the responsibility of rebuilding British international policy from the ground up; where's the fun in that?

Johnson, Farage and their allies calculated that backing anything specific would cost them votes. They were probably correct. Instead a Leave vote could be all things to all people. Leftists thought to strike a blow against multinational corporations; rightists, more realistically, to open up the UK to those same corporations. Businessmen convinced themselves the UK would stay open to immigration; xenophobes, chauvinists, and stone-cold racists believed otherwise.

Our leaders must now try and reconcile the contradictory forces unleashed by the campaign. We need calm, statesmanlike, unifying leadership. It is the very last thing we will get for quite some time.

Instead, we have leadership contests ongoing in both the Labour and Conservative parties. Whoever emerges on top will have no democratic mandate to choose a new direction for the UK. I don't see this being resolved without, at the least, a new general election. Meanwhile we will have months or years of economic uncertainty and political upheaval, including a possible independence vote in Scotland.

To put it mildly, this will not be good for business. If you live in the UK, and are not a member of a self-sufficent farming commune, this means it is unlikely to be good for your personal standard of living.

I said it the morning after the referendum, with heavy use of rude words. I'll say it again now: Cameron is going to be remembered as one of the worst Prime Ministers in history for dragging us into this mess.
Posted by Iain Roberts at 04:30