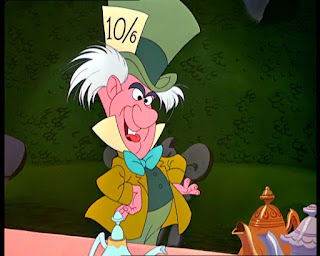 I'm a big fan of the Rolling Stone writer Matt Taibbi, but I think he's seriously mistaken in his recent piece on the Brexit referendum. He lays into commentators who say the result should simply be disregarded:

If you think there's ever such a thing as "too much democracy," you probably never believed in it in the first place.


Taibbi has a point. It would be stupid to pretend the vote never happened, and nobody in a position of real influence is saying we should; but he goes wrong when he tries to draw wider conclusions.

It is not widely appreciated how Alice-in-Wonderland crazy the British system of government is. Not by Taibbi, not by the (mostly American) commentators he quotes. Not necessarily by the British electorate itself, although on the whole we have a better grasp of it than most non-Brits.

The UK is governed by an ancient, tangled mess of statute law, precedent, and unwritten custom, but it boils down to one rule: Parliament can rewrite the rules whenever it wants.

The US constitution is like the rules of chess: Hallowed by time and extremely difficult to change. The British constitution is Calvinball: The only constant thing about the rules is that they are not constant.

As the Mad Hatter said to Alice:

When I use a word, it means just what I choose it to mean.


The Act of Parliament enabling this referendum made it very clear the result did not commit the British government to do anything. This was an intentional decision. It means that instead of formally starting the exit procedure, which under EU rules is an irreversible two-year countdown, the UK has a chance to pause, reflect, and decide what the hell to do next.

Allow me to offer an analogy. A balanced-budget constitutional amendment for the USA has been discussed for a while. It hasn't got anywhere, for the very good reason that it would be economic madness. But imagine Congress passed this amendment by the required majorities. It would still need to be ratified by the individual states; so a small minority of the US population could block it, Congressional votes and majority rule be damned.

Brexit is at least as momentous in its effects as most of the USA's 27 Amendments. America would never contemplate settling it by 52% of the vote in a one-time plebiscite; it has checks and balances instead. In a typically Alice-in-Wonderland way, the UK is making up its own checks and balances as it goes along.

There may be another referendum. There may be a snap general election. At this point nobody knows. But the referendum is the beginning of the exit decision, not the end -- not least because no one has any idea what kind of relationship the UK will now seek with the EU, and it's doubtful whether anyone has a popular mandate to negotiate the details.

This much is certain: Britain's bodged, fudged, and improvised constitution is being put to the test like never before.
Posted by Iain Roberts at 06:00