The Android's Bicycle: A Problem of Uploading

Mind uploading is a common idea in modern science fiction.

The concept is simple enough. The human brain is a physical system, made up of cellular structures, chemicals and electrical activity. If we could scan a living brain at high enough resolution, a sufficiently complex computer could be used to simulate it. We could "run" human consciousness like a computer program. The simulated mind might have all the memories of the original. 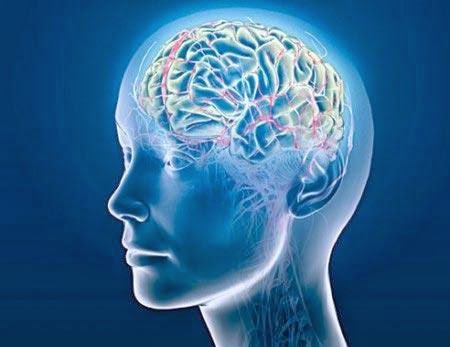 The technical barriers are formidable. We have only a vague idea of how much resolution or processing power is "enough". Is it necessary to simulate the brain's physical structure, including complex feedback loops to the rest of the body; or can we use abstract representations of thought to achieve the same effect?

Imagine we did learn how to upload minds. This raises some tricky questions. Would the uploaded personality really be conscious? Would it be the same person as the one who had been scanned? If the original brain was destroyed, perhaps as part of the scanning process, is that person dead or still alive as an upload?

On a more practical level, how does the upload experience the universe? Could its perceptions be so different as to bring about radical changes in personality, so that it might not be the same individual after all?

Here is a little thought experiment which makes this last issue more concrete.

I want to ride my bicycle


I really enjoy cycling. I am not a world-class competitive cyclist and I never will be, but I love a good bike ride. I've done sponsored rides of up to 400 miles in 5 days, I've ridden the Yorkshire Dales Cycleway, and I regularly bike a 25 mile round trip to work, around town or into the countryside for fun and exercise.

Of course there are biochemical reasons to enjoy physical activity. It induces a rush of endorphins, hormones which result in a feeling of well-being. But why do I specifically choose cycling instead of some other form of exercise? Why I do I exercise at all, instead of enjoying other physical pleasures like sitting on the couch eating cheeseburgers?

There is a complex tangle of motivations for me to get on my bike, some conscious and others not. It's deeply rooted in my personality. No one else has exactly the same reasons for cycling; and cycling is a significant part of who I am. 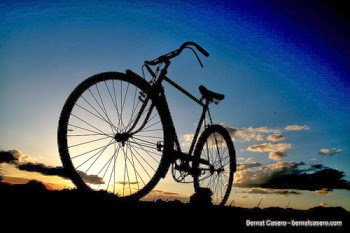 
Now suppose my brain pattern was uploaded into an Invincible Android Body, the latest model from Cyberdyne Systems. The body is controlled by an onboard computer which has all of my memories.

In some respects this is a conservative option. The android is not a disembodied consciousness who exists purely as information in some computer network. His body has the outward appearance of a human, but is stronger, faster, and has more acute senses. It requires a source of energy, and parts of it may be damaged or wear out; but it doesn't get sick, or tired, or old.

So far, it sounds great. Who wouldn't want superhuman strength and endurance? But here's a question: Would the uploaded me still enjoy cycling?

Android-me doesn't get a warm glow of endorphins from physical exercise. He doesn't need to exercise at all to stay in top condition; he could spend the next hundred years sitting in a box and come out as strong as ever. He feels his energy reserves being depleted, but does he have the satisfaction of working up an appetite for a good meal?

You could try and hardwire android-me for enjoyment of cycling. Maybe he would experience some artificial equivalent of the natural endorphin high. Then he would feel compelled to undertake an activity he knew was bringing him no benefit, when he might rather be doing something else. In a human, this might amount to an obsessive-compulsive disorder. It's hardly the same as cycling because you enjoy it.

For him, the experience of riding a bike is more like driving a car.  He might still enjoy manoeuvring, navigation, or observing the scenery; but the enjoyment would be very different from mine. Would it occupy as large a place in his life? Would he spend his time going on fairly unremarkable bike rides to places he had seen many times before, just for the experience of cycling?

Or would he do something different that I would never even attempt? Maybe he would amuse himself by riding a bike around a basketball court and shooting baskets one-handed, like the android David in Prometheus.

If android-me goes cycling at all, he will no longer enjoy it for the same reasons, and his subjective experience will be totally different from mine. Even if he has my memories, he does not share this important part of my personality.

If my brain was destroyed in the scanning process, the Iain who liked cycling around Cambridge is gone, never to return.

Beyond the Android's Bicycle


This post touches on embodied cognition and other fields in philosophy and cognitive science. I've deliberately made it a very simple example, but I think it's enough to illustrate some of the problems with uploading and individuality.

Mind uploading also has a rich history in science fiction. I didn't have it in mind when I started writing this, but the soon-to-be-released film Transcendence grapples with similar themes. Based on the trailer, Transcendence could be good and intelligent, or another Lawnmower Man, but I look forward to seeing it and writing a review here.

[Edit 2014-04-21: I have reviewed Transcendence here; it's a flawed but intelligent and interesting film.]