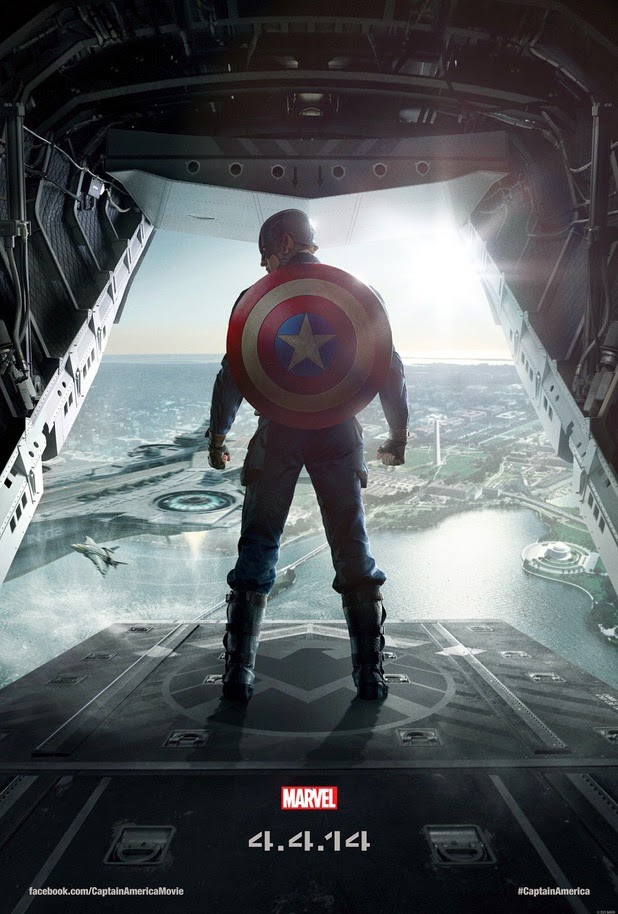 Captain America: The Winter Soldier is the latest Marvel superhero blockbuster. Much like the Superman films, it struggles with a main character who is perhaps a little too good and noble. Captain America doesn't have Tony Stark's narcissism, the Hulk's anger management issues, or Thor's family dynamics; he is so brave, modest, kind, generous, and honest it risks being quite annoying.

CA:TWS cleverly turns this to its advantage. It knows the Captain is an absolute Boy Scout and plays up to it. A sequence when he has to sneak around in disguise is very funny; he is useless at all forms of lying and deception, much to the frustration of Black Widow.  There are major parts for Scarlett Johansson as Black Widow and Samuel L Jackson as Nick Fury, both of whom are immensely enjoyable.

The core of the film is a conflict between the Captain's integrity and the ruthlessness of the modern US government, embodied by Nick Fury and the smooth politician Alexander Pierce (played with gusto by Robert Redford). It rapidly becomes a conspiracy thriller in the vein of Redford's Three Days of the Condor and others from the 1970s. The Captain uncovers nefarious doings at the highest levels of SHIELD, and does not know whom he can trust. Meanwhile, lurking in the background is the eponymous Winter Soldier, an assassin whose speed and strength are the equal of the Captain's own.

The plot draws on anxieties about the surveillance state. It is hard to imagine a more mainstream Hollywood movie than this, but the conclusion is remarkably anti-authoritarian.

The action is competently done as we would expect from Marvel. I thought the best was the opening assault scene; later it had trouble rising to the same level, although there are some great car chases and fights. I was watching this in 2D, and some of the aerial sequences might deserve to be seen in 3D.

Most of the action takes place in a very recognisable Washington DC. Now that Marvel has trashed New York (The Avengers) and London (Thor 2), it will be interesting to see which city is up next. Assuming the bad guys continue to target photogenic places in the English-speaking world, Sydney and San Francisco should be worried.

Last but not least, CA:TWS has a few marvellous in-jokes. I don't think I'm giving too much away by saying the inscription on the monument at the end is a brilliant reference to a very different film.

CA:TWS is great fun and lives up to the high standard of its Marvel predecessors.