One day, I'll get that squirrel. One day. 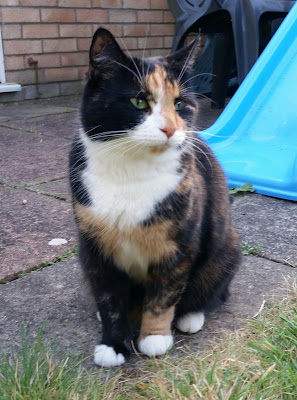 The Not So Good Old Days

The Conservative MP Heather Wheeler has claimed on Twitter that the "British Empire" was the real winner at the Rio Olympics:


Honestly, Britain. You'd be a lot more fun at parties if, after your third drink, you didn't start mumbling about how awesome the Empire was.

This is what they call a teachable moment. As Empires go, the British one was relatively benign, but it was still an Empire. It was not a peaceful and voluntary alliance of nations; perhaps Wheeler is confusing the British Empire with the European Union. (She is staunchly opposed to the latter, but that's by the by.)

Quincy is a very handsome and friendly Burmese cat who hangs around our campus. Officially he belongs to a family in the nearby village, but the campus grounds offer ample hunting and exploring opportunities, and many people to fuss over him, so he is often to be found there. Here he is patrolling his territory yesterday.

(The feathers are from the flock of geese who also hang around that area, and not the aftermath of any feline assaults.) 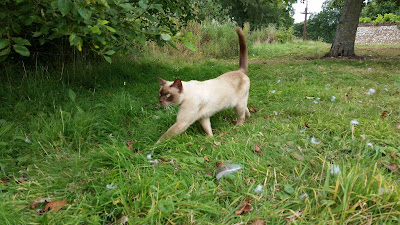 It didn't have to be this way

The Labour leadership contest between Owen Smith and Jeremy Corbyn staggers on. It's another five weeks before this time of conflict ends, and a whole new era of internecine warfare can begin.


Corbyn recently published a ten-point plan, setting out his policy priorities. It would have been nice if he did this before his party descended into civil war, but I'll give credit where it is due: It's a very good set of ideas, ambitious but achievable. Of course there are questions over the detail, but it's a respectable starting point.

I am the claw in the darkness. I am the watcher on the wall. I am the shield that guards the realm of the back garden. 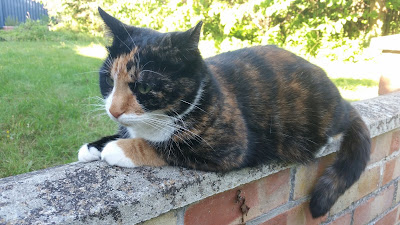 Imagine the USA has to vote on what everyone eats tonight.

Hillary Clinton is like a cheese and tomato pizza. Some people would prefer additional toppings, or a different food altogether. Others are excited about the first pizza candidate with a real chance of winning. All things considered, it's a safe and widely acceptable choice.

Donald Trump is like a cheeseburger laced with anthrax. If the cheeseburger wins, a lot of people will be made horribly ill, and some will die. We have no way of knowing how many, but those not in robust health to start with will come out worst. (Trump isn't even trying to hide the anthrax. He assures us the infection will Make America Great Again.)

Gary Johnson, the Libertarian candidate, is like the five-alarm chili flavoured with Guatemalan insanity peppers. It's undoubtedly exciting, but let's face it, not to everyone's taste.

Jill Stein, the Green candidate, is like an organic kale and quinoa salad. It may be very nutritious; but as Homer Simpson has observed, you don't win friends with salad. (At least, you won't win over the Homer Simpsons of America, and a winning candidate needs their votes.)

Bernie Sanders started off supporting salad too. But he's won the concessions of basil pesto and better quality cheese, and now he is endorsing pizza. Nevertheless, some of his erstwhile supporters insist that it's salad or nothing.

In this election, "Nothing" is not an option. One of these candidates will win, and it will affect the entire world, not just America. Realistically speaking, it's either pizza or the anthrax burger. If you are so inclined, you can fight for salad another time. Right now, it's strongly advisable to get with the program and vote for pizza. 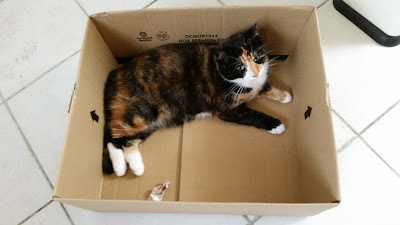 A Taxonomy of Trumpists

More and more, Trump's campaign looks like some mad piece of performance art. Exactly how bad can he get? How ignorant and hateful can he sound before he is abandoned by the American public?

Just in the last two weeks, Trump has insulted the parents of a dead Muslim American soldier, celebrated the use of torture, and claimed the Presidential election would be rigged. He reportedly asked a foreign policy expert why the USA had nuclear weapons if it didn't use them. In what I think is an unprecedented step for a sitting President, Obama said Trump was unfit to hold the office.

Obama is absolutely right. It's not simply that I disagree with Trump. He is unable to handle the responsibility of being President.

It is not so shocking Trump has said and done what he has. We always knew he was an ignorant bully; those who thought otherwise were deluding themselves. The shocking thing is that his popular support remains so high. The RCP polling average currently has Clinton 47.4%, Trump 40.6%. That should translate into a comfortable victory for Clinton, but it still means four in ten Americans prefer Trump.
Read more »
Posted by Iain Roberts at 05:00 No comments: