The cat fortress of solitude. 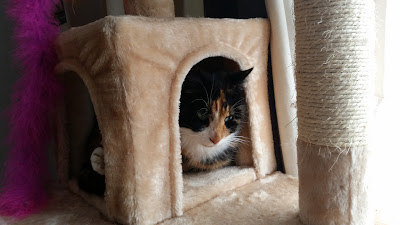 Short post this week, because work and family responsibilities have severely impacted my blogging. To cut a long story short, my wife has been ill (thankfully recovering now), so in addition to working full-time, I've been doing most of the childcare and transportation of our son to and from nursery.

My hat goes off to single parents who do this full-time, because after less than a week, I'm completely shattered and just want to crawl into bed and sleep.

I've got a couple of longer posts in progress, and Cute Cat Friday will be up later this afternoon.
Posted by Iain Roberts at 08:30 No comments:

Gin and Tacos has an entertaining piece, pointing out that Cruz' preferred candidates were disqualified by reason of being unconstitutional, imaginary, or dead:

Typically, the running mate is announced after a candidate has won the nomination. This is not so for Cruz. In the words of fictional bookshop owner Bernard Black: In this, as with all else, he is an innovator.

Even the expert prognosticators at Five Thirty Eight are baffled as to what it is meant to achieve. They speculate Fiorina may shore up Cruz' anti-establishment credentials, or help him attack Trump, but his strategy is clear as mud.

By any normal standards, Fiorina is a despicable human being; but compared to the overweening malevolence of Trump and Cruz, she looks almost respectable. Cruz this week was described by John Boehner, supposedly his political ally, as "Lucifer in the flesh" and a "miserable son of a bitch".

Could Cruz' motivation be that simple? Could it be that all he wants is an official spokesperson and surrogate who does not cause audiences to recoil in disgust?

We may never know. Meanwhile, Trump continues to rack up primary victories. Cruz shares at least one thing with the Republican party establishment: Both are desperate to stop Trump and rapidly running out of ideas.


For your further enjoyment, here is the hilarious rant in which Bernard utters the line referenced above:

My office chair has been taken over. I have work to do, but I'm not sure I am mean enough to move this cat. 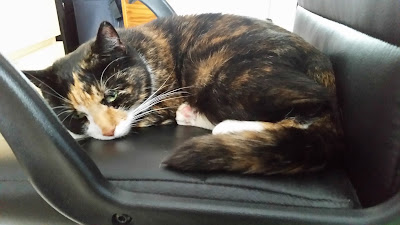 On the British Monarchy


I used to be very pro-monarchy when I was a teenager. To some extent I blame my parents for leaving the Daily Telegraph lying around. I also blame too much time spent reading swords-n-sorcery fantasy; Aragorn was pretty good propaganda for the notion of a wise and just monarch. But there were some better reasons. 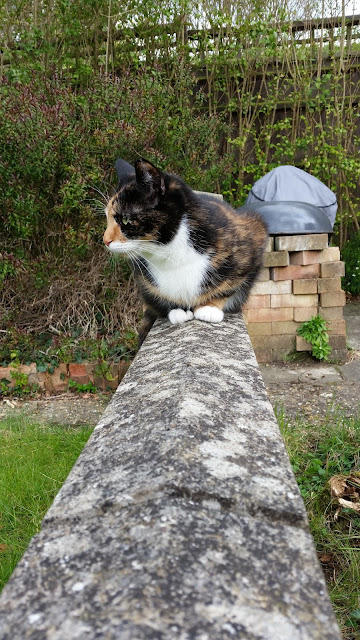 A hint of wealth

In a recent Parliamentary debate, Sir Alan Duncan MP said that critics of David Cameron's tax arrangements should admit they "hate anyone who has even got a hint of wealth".

I don't know exactly who Sir Alan imagines these critics to be, but I probably fit the bill. The trouble is, Sir Alan has been misinformed. I do not hate anyone with a hint of wealth.

In the interests of setting the record straight, here are five wealthy people whom I like and even admire:

(This is an arbitrary list off the top of my head, not some kind of definitive ranking.)

What do these people have in common? They all made their fortunes through creativity and innovation, and most are actively engaged in charitable causes. In short, they have made life better for those of us who are not stupendously rich.

All of them could buy and sell Sir Alan Duncan many times over; which in his scale of values, apparently means they are much better than he is.

Surveying her territory through the back window. 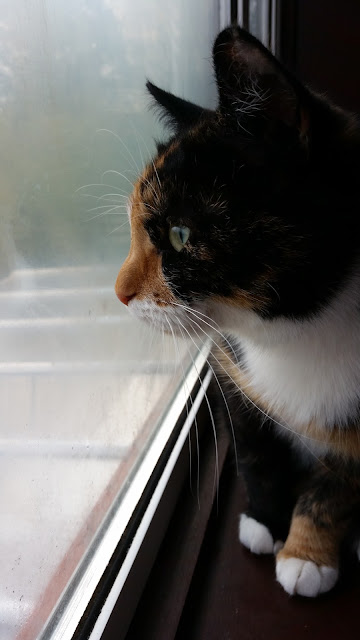 The British government plans to distribute a leaflet to every household in the country, explaining why it supports a vote for the UK to remain in the European Union. Brexit campaigners are predictably furious, claiming it is an abuse of power and an affront to democracy.

I Am Voting to Stay in the EU

On 23 June, the UK will hold a referendum on whether to leave the European Union. I will be voting to stay in. The EU is far from perfect, but I believe the UK is better off remaining a member.

I'll explain why, and comment on the campaign in general, as and when I have time. (Fatherhood is a great joy and I wouldn't change it for the world, but it does cut down on my available blogging time.)

Meanwhile, my views are very much in agreement with the Scientists for EU campaign.

Here is the resident cat at Scottsdale Garden Centre in Horningsea, near Cambridge. The sofa is for sale, I'm pretty sure the cat isn't. 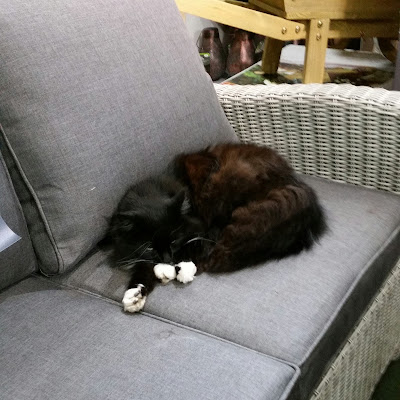