A very relaxed cat, demonstrating some much needed calm as this extraordinary year comes to an end. 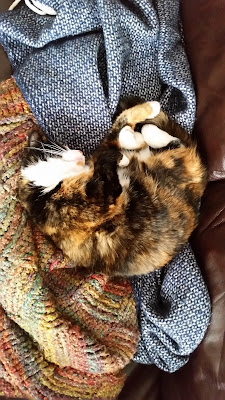 Posted by Iain Roberts at 17:30 No comments:

This year I saw seventeen films in the cinema, slightly over a 50% increase on last year. Looking after a toddler continues to restrict my movie-going, although I wouldn't have it any other way.


Central Intelligence: Kevin Hart plays a man whose mediocre life is disrupted by the arrival of an old classmate (Dwayne "The Rock" Johnson), who has transformed himself from lonely, bullied fat kid to fearsome secret agent. The results are reminiscent of Grosse Pointe Blank, from the point of view of John Cusack's pal who stayed home and became a car salesman. It's not as clever as Grosse Pointe Blank, but there are plenty of laughs to be had.


Ran, Akira Kurosawa's transferal of King Lear to feudal Japan, which we saw on re-release in the Cambridge Arts Picturehouse. Magnificent in every way.


I'm leaving this slot empty. With limited opportunity to get to the cinema, I try and be discerning, and I honestly can't say I've seen a bad film in 2016. Current events may be distressing, but we are living in a good time for movies.
Posted by Iain Roberts at 17:00 No comments:

Joni wishes everyone a happy holiday season with good food, toys to chase and many relaxing naps. 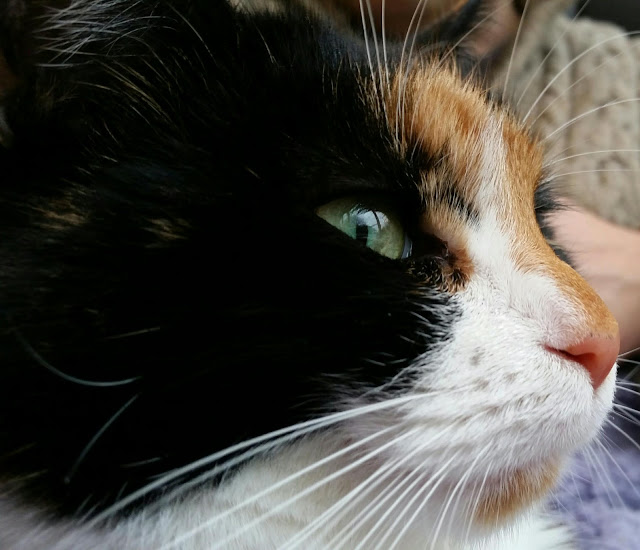 Posted by Iain Roberts at 06:04 No comments:

Between Trump, Brexit, Syria, and elsewhere, this has been an awful, terrifying year in the news. I'm going to try and conclude it with something a little more positive.

By way of background, I have a friend, let's call him Bill. He's a lot more devoted to political reform than I am. He works for an NGO and goes to dangerous parts of the world, to spend time building institutions of democracy. I don't agree with all of his views, but I give him kudos for intelligence and dedication.

Bill has repeatedly criticised me for failing to offer a positive vision. I think he misunderstands this blog, and my activity on social media more generally. I more or less explicitly model my blogging on Ed at Gin and Tacos. Ed has described his modus operandi as something like, "Here is this stupid thing, and here is Ed making fun of it."

This is a hobby for me. I write about politics to amuse myself (and hopefully others), and criticising is easier and more enjoyable than designing worthy proposals. I try not to have delusions of grandeur; my blog isn't going to transform the world either way, so I might as well have fun. And for the record, my day job is in computational biology. Among other things, I'm contributing to new treatments for cancer. So I'm pretty secure in my belief that I'm a responsible citizen.

That said: Okay, Bill. You wanted a positive vision, and here it is.

Imagine that by an unlikely chain of events, I am made Emperor of the United States, Shogun of Japan, Grand High Poobah of Australia, and Protector of the Western World, with absolute power over the USA, the EU, Canada, Australia, Japan, and sundry other rich and more-or-less democratic countries. The rest of the world matters too, but I don't understand places like China well enough to articulate their problems with any confidence, let alone propose solutions; this Empire is plenty to be getting on with.

What would I do? 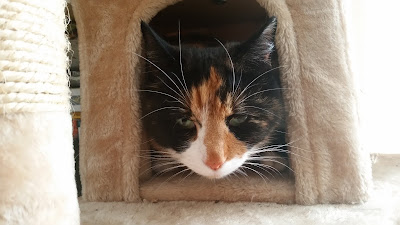 In the 1999 novel The Business, by the late Iain Banks, a character describes contemporary Russia:

The Russians have created their own form of capitalism in the image of what was portrayed to them as the reality of the West by the old Soviet Union's propaganda machine. They were informed that there was nothing but gangsterism, gross and endemic corruption, naked profiteering, a vast, starving, utterly exploited underclass and a tiny number of rapacious, vicious capitalist crooks who were entirely above the law. Of course, even at its most laissez-faire the West was never remotely like that, but that's what the Russians have now created for themselves.


This portrait was written before Putin's rise to power, in the chaotic reign of Boris Yeltsin; but it still contains much truth.

Modern Russia practices a particularly vicious form of gangster capitalism. The only truly effective institutions of the state are the military and security services. Those the state perceives as enemies are met with overwhelming force. A hollow charade of elective democracy is not allowed to disturb the oligarchs who truly wield power.

Here is the bitter conclusion which Banks did not live to see: The United States of America is now controlled by people who see the nightmare vision of Russia as a model to follow.

What was imagined as a grotesque caricature of America is now becoming its reality.

Many of Trump's senior advisors openly admire and align themselves with Russia. His cabinet picks are heavy with retired generals and sociopathic business executives, the better to secure an oligarchy. For their part, the Republican majorities in Congress will find a White House which indulges their most rapacious ideas.

In a previous post, I made fun of a Washington Post columnist who urged Democrats in the Electoral College to vote for Mitt Romney.

In point of fact, the Republican leadership can still make Romney President without a single Democrat vote. All they need to do is flip thirty-seven Republican electors from Trump to Romney, so that no one candidate receives a majority in the EC. Under the Twelfth Amendment to the US Constitution, the three candidates are then voted on by the House of Representatives, where the Republicans hold a majority.

Trump will not stand in their way. He is fluent in the language of rage and hate spoken by the Republican base, in a way that bloodless ghouls like Paul Ryan cannot match. They think he will be useful to them, distracting the rubes while they get on with asset-stripping the country; and they are probably right.

The present incarnation of the Republican party has stopped even pretending it wants to build anything of value. All it cares about making are walls and prisons. All power to the billionaires, the police, and the army; everyone else is there to be crushed and discarded.

From their point of view, the main risk is that Trump might blunder into a nuclear war or some other disaster; one so bad, it casts down even the billionaires and their most highly placed servants. Evidently, that is a chance they are willing to take.

In a way, this movement reminds me of the so-called Islamic State. It is not subtle. It goes out of its way to think of the most sadistic and destructive things it can do, and then does them. It takes joy in the horror it inspires in anyone with a sense of decency.

I am very cautious about talking of politics in terms of good and evil. I don't apply the word "evil" to normal, democratic politicians with whom I happen to disagree. However, Trump and his henchmen are anything but normal.

Trump and the leadership of the Republican party are evil. It's not a secret; they openly celebrate their cruelty. Their one saving grace is that they are not terribly competent. I hope the better angels of America's nature, from both conservative and liberal traditions, prove capable of standing up to them.

Posted by Iain Roberts at 04:17 No comments: 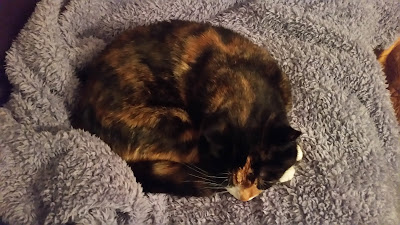 The Electoral College will meet on the 19th of December. It is almost certain to formalise the election of Donald Trump as President of the United States.

Surveying her territory in the garden. 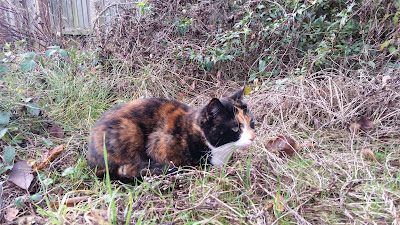 Twenty-four days after the election, and the reality of the forthcoming Trump administration is beginning to sink in. We are in a scary place.

How did we get here, and what happens now?