One day early in honour of Thanksgiving. If you celebrate it, may your holiday include good food, good company, and relaxing naps. 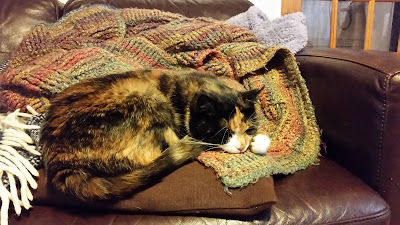 In the aftermath of the US election, prediction websites have been heavily criticised for giving Clinton a high chance of victory. This is not the fault of the sites themselves; I think it has more to do with the mindset of the users.

Today is a very special Cute Cat Friday: It marks exactly one year since we brought Joni home from the Blue Cross.

Sadly things didn't work out between her and our other cat Belle, and we decided to rehome Belle. It was hard, but we are more sure than ever that we made the right choice. Joni has thrived in our home. She is amazingly patient with our toddler, maybe because she is a mother herself and thinks of him as an unusually large kitten.

Joni is a happy, confident, affectionate cat and a much loved member of our family. Here's to many more years together. 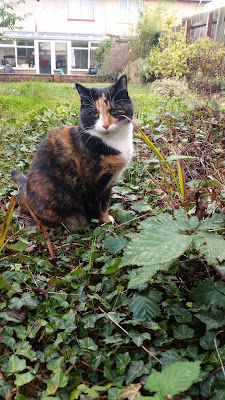 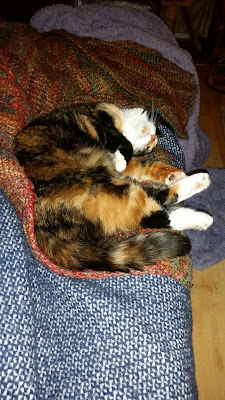 Donald Trump will be President of the United States.

I feel physically sick typing those words, but this is the new reality and we have to deal with it. The fact of Trump's victory is bad enough, but more sickening is the rush to normalise him.

Human governments come and go, but the cat abides. 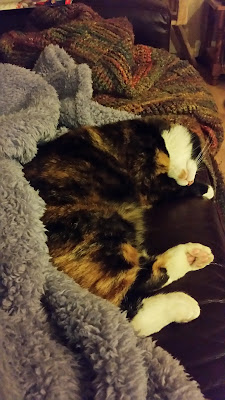 Reasons To Be Afraid

First things first: There is no reason to panic.

Although FiveThirtyEight give Trump a 28% chance of winning the election, they are very much an outlier among prediciton sites. I prefer the Princeton Election Consortium (PEC), who give Trump a chance of less than 1% to win the popular vote, and just over 5% to win the electoral college (and with it the presidency).

It's not just wishful thinking. With my professional data-analyst hat on, I find this Huffington Post critique of 538's model results to be persuasive. So far as we can tell, 538 have an overcomplicated model which assigns far too much probability to weird outlier scenarios. Unlike 538, PEC make their data and methods fully public; I haven't delved into their code, but their general methodology appears sound.

Click the map to create your own at 270toWin.com 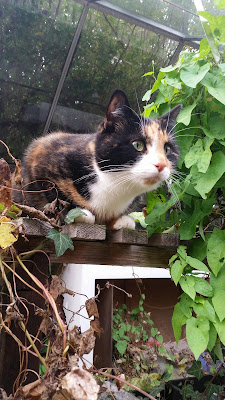 Four Metaphors for the Presidential Election

It's hard to do justice to the grotesque spectacle before us with just one metaphor, so here is a selection.

Hillary Clinton tells us to eat our vegetables. In this she is the latest in a long line of worthy but dull Democrats: Kerry, Gore, Dukakis, Mondale. Her husband and Obama managed to sell progressive change as an exciting journey, but Clinton just tells us the vegetables are good for us.

Yes, we know they are. It's just that not all of us care, and Donald Trump is offering candy for dinner every night. If that's all we ate, we know it would make us sick. We suspect that if Trump was in charge, there would be no candy at all, because he'd spend the money on whiskey and slot machines. But a lot of people have problems that won't be fixed by vegetables, and want to believe in the candy.


We are watching The Hobbit: The Battle of Five Armies. It is bloated, costly, unedifying, the final act of a production which was already far too long. The antagonists try increasingly absurd and pointless ways to smash the hell out of each other. We care less and less about the performance before us, but keep watching because we've stuck it out this long, and hope the show redeems itself with a satisfying ending.


We are children in the back seat of a car. We have left our old home and will not be going back. We are fed up with the vehicle, the journey, and each other, but apprehensive about our destination. It might be a home much like the one we left, or it might be an unimaginable nightmare. We peer out the windows, looking for clues, but it has grown too dark to see anything. We fidget and ask once again if we are nearly there yet.


The towering, mindless, deformed monster of an election lurches on, groaning and slobbering. We can hardly stand to watch, but can't bear to look away. We hope it will be given a quick, clean death before dawn on the ninth of November, so we can all move on. Until then, some of us can only watch from a distance and try to express our horror.