It's a long way down from here. 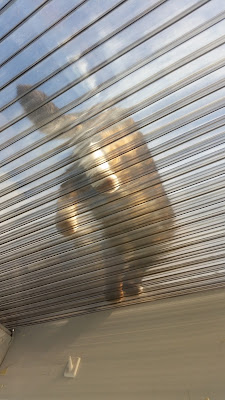 Posted by Iain Roberts at 16:45 No comments:

What Trump Stands For

Donald Trump does not stand for fascism. Maybe he wants to, maybe he thinks he does. But what he actually stands for is nothing.

Contrast Trump with Vladimir Putin, whom he claims to admire. Putin is many things, but he is not ignorant. He understands very well how the world works. He has plans; evil plans, but plans nonetheless.

Trump has no plans. As his debate with Hillary Clinton made abundantly clear, he doesn't understand anything, and doesn't care to. Instead of plans, he has empty posturing. He puts forward a performance of fascism, and hopes we will mistake it for the real thing.

Trump's supporters have not simply given up on democracy. It's more than that. They've given up on government.

Trump is the bitter conclusion of Reagan's famous quip:

The nine most terrifying words in the English language are "I'm from the government, and I'm here to help."

Trump doesn't offer iron-fisted tyranny on the Putin model. Voting for that would be a terrible thing, but it's not necessarily irrational. If you're poor and desperate enough, a tyrant might begin to sound pretty good.

Trump isn't just a would-be tyrant, he's an incompetent would-be tyrant. He has no realistic prospect of accomplishing anything. He will not use the authority of the American government to solve anyone's problems; he will not even make a serious attempt to do so. If the worst happens and Trump becomes President, he will treat the awesome power of the Oval Office as his personal plaything, a stick with which to beat those he dislikes.

Many of his supporters are themselves too ignorant to notice this. Others may have grasped it, at least subconsciously, but do not care.

The point of Trump is not to build a wall, or assert American dominance, or protect American industry, or anything else in the incoherent rants that serve him in place of policy. The point of Trump is to articulate hatred. It is to inflict fear and pain on those Other People whom his supporters blame for their unsatisfactory lives.

It is as close as a national politician can get to pure nihilism. Trump represents a howling void of undirected hate and anger.

We can hope his sheer ineptitude prevents him from winning office. I fear that even if this is so, he will make it easier for some more intelligent would-be tyrant to follow after him.
Posted by Iain Roberts at 16:43 No comments:

This chair is taken.

(The seat cushions on our dining chairs have been worn down by long use, into a perfect shape for a cat to curl up on. One day we will replace them, and that will be a sad day for Joni.) 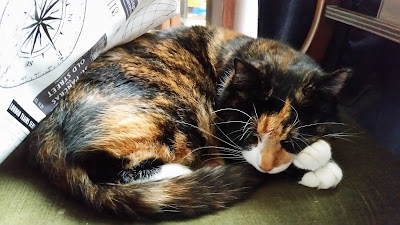 This week, the Labour MP Ruth Smeeth gave an interview about the racist abuse and death threats she has faced from supporters of Jeremy Corbyn. The whole thing is well worth a read. It joins testimonies from many other Labour MPs, questioning Corbyn's leadership and the behaviour of his followers, some of which I list here.

These MPs raise hard questions which Corbyn and his team show no signs of answering; except to dismiss the askers as crypto-Tories, or worse still, Blairites.

The MPs deserve a more respectful answer than that. They have decades of service to Labour, and long and impressive records of fighting for the underprivileged. I am frankly baffled by the idea that they declared no confidence in Labour's duly elected leader, because they cannot tolerate his message of kindness and solidarity. The alternative explanation, that Corbyn is failing to meet his responsibilities but too stubborn to change, is not one the party leadership cares to contemplate.

Be that as it may, it seems nearly certain that the result of the leadership contest tomorrow will confirm Corbyn's re-election.

"Until you stalk and overrun, you can't devour anyone." --- Tiger proverb 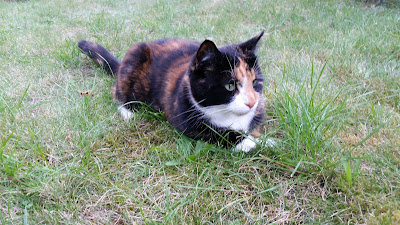 The Rise of Unreality

The US Presidential election is shaping up as a battle between reason and unreason. The distressing thing is, reason isn't winning by nearly enough.

Clinton's lead has shrunk to approximately 3% in national polls. That's probably enough for a clear victory; the Princeton Election Consortium gives her an 81% chance of winning. But it still means a very large segment of the US electorate prefers Trump.

Sleepy cat is ignoring the cartoon mouse next to her tail. 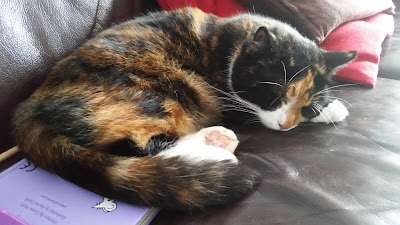 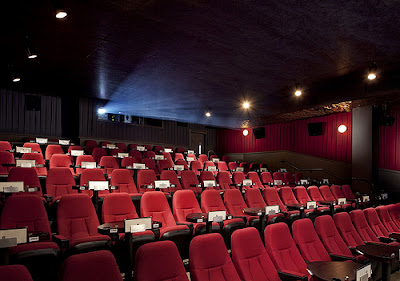 Our handsome campus cat, on the prowl again. I hear he's a very capable hunter, which is bad news for the rabbit population. 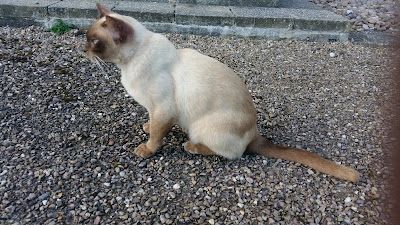 Posted by Iain Roberts at 18:00 No comments:

No long post this week. Vague notions of blogging when I got here were wiped out by a delayed flight, and mental fatigue from travelling with a toddler. It's great to be back up here though, I still miss the place.

(And the beer, I'm now enjoying a glass of Orkney Dark Island.)

Have a good weekend. It's still Friday for another hour, and Cute Cat Friday is going up shortly. 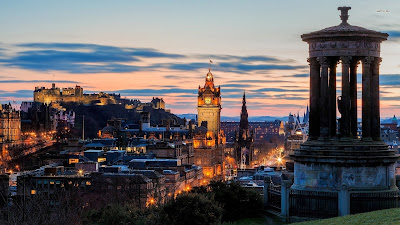 Posted by Iain Roberts at 17:56 No comments: