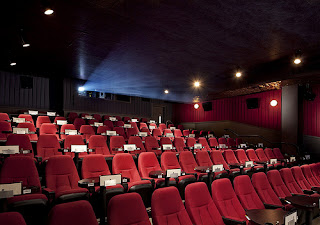 
Ghost in the Shell. Not exactly a bad film, just terribly disappointing. The legendary source material and a promising set-up devolve into yet another punch-up aimed at adolescent males. Its approach to sensitive issues of race and colonisation is clumsy and oblivious at best. A few worthy moments which could have been made into something better, but it was not to be. (My review here.)
Posted by Iain Roberts at 10:59