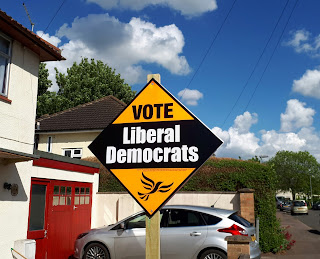 
As I've said many, many times on this blog, I am no fan of Jeremy Corbyn; but I must admit he's raised his game during this campaign.

Before he became Labour leader, Corbyn inhabited the left-wing fringe of British politics. He was used to speaking to people who already agreed with him, and felt themselves under siege by the forces of evil. It did not prepare him well for reaching out to the country as a whole, but he has learned.

One thing about Corbyn, he is comfortable fighting as the underdog. His evident good humour contrasts well with the cold and brittle Theresa May. He appears to accept his most radical left-wing views will not become Labour party policy.

The Labour manifesto has its flaws, and I am not convinced Corbyn and his colleagues can deliver its more grandiose ambitions; but it also has a great many sound, sensible, centre-left policies. If fully implemented, it would take the UK a large step towards social democracy on the French or German model; but a call for Communist revolution it is not.

My reservations about Corbyn remain. His past record gives me very little confidence in his judgement. Giving just one example, Corbyn served as chair of Stop The War Coalition until 2015, while it was publishing the most mendacious nonsense.

Corbyn's abilities in policy, administration, and party management are doubtful at best. The party he attempts to lead is bitterly divided. Many of its brightest stars have gone to the back benches, or to more congenial jobs outside of Parliament. If Labour somehow ends up forming a government, these flaws will bite very quickly.

That said, on balance, I have a little hope that Corbyn would not be a complete disaster as Prime Minister. It's the faintest of praise, but enough to beat the alternative.


I used to hope Theresa May had the moxie to succeed as Prime Minister; that while I disagreed with most of what she stood for, she might merit a certain grudging respect. The election campaign has made clear this is not so.

The British political system is dysfunctional in many ways, but let's give it some credit: In a general election, there is no hiding place. A leader has to stand up and make the case for his or her party. May has been a miserable failure at doing so.

She offers no empathy, no boldness, no inspiration; nothing but cowardice, hatred and robotic platitudes. She behaves as if insults directed at the European Union are a subsitute for negotiating strategy; as if railing against human rights is an adequate counter-terrorism policy. Either she doesn't understand the depth of the challenge posed by Brexit, or she doesn't care.

Standing behind her are a motley crew of nitwits, chancers and swivel-eyed loons. They are committed to the politics of sadism, punishing the vulnerable purely because they can.

The more closely we look at Theresa May, the more it becomes apparent there isn't any there, there.

Perhaps the Prime Minister is a highly intelligent psychopath, with a plan to advance some inscrutable agenda. All indications of bumbling ignorance are mere camouflage. Possible, but exceedingly unlikely.

It would be prudent to assume May is what she appears to be: A politician far out of her depth, possessing all the warmth and compassion of Margaret Thatcher with none of her intelligence, pragmatism or resilience. When the going gets tough, she has nothing to fall back on but a petty suspicion of all things foreign.

In the face of Brexit, this is the last thing we need. I hope the Conservatives lose, or at least face a renewed and vigorous opposition to hold them to account.
Posted by Iain Roberts at 06:00