Only Belle was with us at both start and end of 2015; but fervently knocking wood, we hope Joni will be a keeper. The other two of course were the late and much missed Dexter, who passed away in May; and Freddie, who we adopted and kept for two months, but had to send back when he proved too aggressive towards Belle. 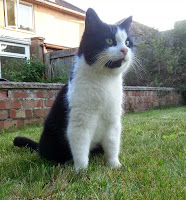 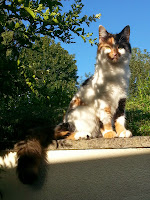 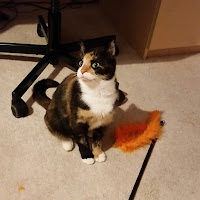 
Belle and Joni are gradually growing more tolerant of each other; not yet hanging out in the same room, but we have high hopes of getting there soon.

Incidentally, my new favourite Wikipedia disclaimer is, "not to be confused with the Year of Five Emperors or the Year of Six Emperors".
Posted by Iain Roberts at 14:07