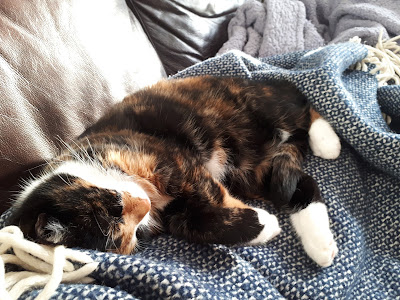 I was trapped by a cat sleeping on my lap, while both my wife and son were taking naps. The house was astoundingly peaceful. I had the sun in my eyes, but it was a small price to pay, easily remedied by careful positioning of the Terry Pratchett book I was reading.

Afternoons like that were a lot more common before I became a parent, but I wouldn't change things for the world.
Posted by Iain Roberts at 16:27