Delusions of a Big Nation

England's struggle with its own national identity is at the root of Brexit. In a recent article in the New European, Professor Nicholas Boyle develops this idea, and sets it in context of the demise of the British Empire. His piece makes some interesting points, but gets carried away at times, becoming too elaborate for its own good. (Also, a professor at Cambridge should really understand that Scotland is not a colony.)

I think Boyle's key point can be expressed a lot more simply: England has the self-image of a Big Nation. 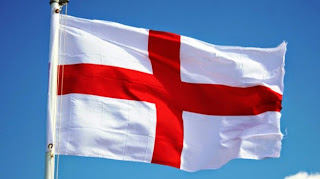 I once read an interview with a translator of Terry Pratchett's Discworld novels. The translator said that for a "big" nationality such as German, everyday English terms could be substituted with their German equivalents. Readers would accept this as part of the natural order of things. For a "small" nationality such as Dutch, it wouldn't work. Readers wouldn't believe people in the fantasy metropolis of Ankh-Morpork went about their lives in a distinctively Dutch way. So the translators were forced to look for more global references, and stay away from specifically Dutch ones.

I'm a Canadian, and we're a small nation, in population and ego if not in land area. Given our loud and powerful neighbours in the USA, we're well aware of the big world beyond our borders. For this reason I feel a lot of affinity with Scotland, which is also a small nation. It might aspire to being the cleverest and kindest in the world, but it knows fine well it's not the biggest and never will be.

England sees itself as a Big Nation. On some level it believes it can take on the world, one at a time or all at once, and it it doesn't win the foreigners must have cheated. When Canada came third in 2014 Winter Olympic medals, we were happy and proud of our achievement (and maybe a little envious of Norway for coming second). When Great Britain came second in the 2016 Summer Olympics, an English Conservative MP boasted about how really it came first, if you ignore centuries of blood-soaked history and count all the former colonies as still British.

The Discworld novels do a marvellous job of poking fun at this attitude. One of England's most likable attributes is its ability to laugh at itself. Unfortunately, the current British government is deadly serious about taking on the rest of the world. Theresa May appears to have no sense of humour whatsoever. As for Boris Johnson, his belief that Second World War references are absolutely hilarious is not shared by Britain's neighbours.

This is why the Big Nation pathology is especially strong in England: In modern times, it has never been conquered from outside. If a country is defeated as comprehensively as France in 1940 or Germany in 1945, very few people will pretend it doesn't really count. "Yep, they beat us," is the only sane response.

This has never happened to England. It shares this attribute with the USA and Russia, which also have severe cases of Big Nation Syndrome.

This is one area where I think Boyle goes wrong. He goes on at length about how the structure of the UK feeds England's grandiose self-image; but Big Nation Syndrome can survive the loss of colonies and junior partners. When the USSR broke up, Russia lost an empire which in both relative and absolute terms was much larger than the UK, but Russia's self-image as a great power lives on.

England managed the loss of the USA, the Republic of Ireland, India, and Hong Kong. Scotland, Northern Ireland, Wales, or even Cornwall could follow, and it would not necessarily break England's core belief in its essential Bigness.

Now, the English vote is dragging the entire UK out of the EU, against the wishes of Scotland and Northern Ireland. (Wales narrowly voted in favour of Brexit. To some extent this may be from Welsh identity being subsumed into England, as Boyle argues; but I think plain and simple economic desperation also has much to do with it.)

England's puffed-up self-image is about to encounter a merciless reality. The fact is, the UK is at best a medium-sized country. Attempting to dictate terms to behemoths like the EU, the USA, or China will not go well. They will pursue their own interests as they see fit, unimpressed by hollow bluster from the likes of Boris Johnson.

Boyle is right about one thing: England's belief it is a Big Nation is deeply rooted in history. I don't think Brexit will be enough of a shock to destroy it. What it will do is fuel a bitter, angry nationalism, which blames negative consequences of Brexit on the underhanded scheming of foreigners. I am not looking forward to the results.

Maybe one day, England will peacefully mature to the point where it does not need to strut and bellow about its greatness quite so much. It could happen. Sweden was an aggressive imperial power from the sixteenth to the eighteenth century, but has since evolved into a model citizen among nations. However, in England's case I fear the delusion will get worse before it gets better.
Posted by Iain Roberts at 05:00